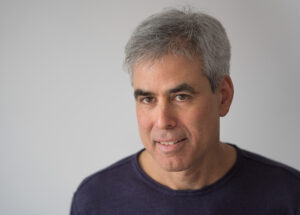 Haidt recently chatted with Chris Satullo of The Gamba Family Red & Blue Exchange about some of the ideas he’ll be discussing with the audience during the virtual event “The Power of the Open Mind: How Viewpoint Diversity Makes You Smarter and Stronger,” rescheduled due to the pandemic to March 18, 2021. Here’s an edited transcript:

What’s the overall message you’ll be bringing to the Penn community?

I’m really scared out of my mind for the future of this country. The trends that I see are so disturbing about what happens when a democracy loses its grip on the things that make a democracy work. I don’t think a large, secular democracy can work if we return to an ancient, religious frame of mind.

Can you describe how the Open Mind Platform works and what it seeks to accomplish?

So, Open Mind begins with a discovery that there are ways of speaking that work and ways that don’t. And, for me this goes all the way back to my reading Dale Carnegie’s work back when I was in grad school at Penn. And now that I think of it, the Penn connections on this go even deeper than that. It goes back to Ben Franklin and his Autobiography, where he writes about the time when his friend told him he was a jerk. And Franklin writes that it was then he realized all he has to do was modify his speech just a bit and he would become much more persuasive.

It’s possible to teach students this lesson in a deep way. But it takes time. Most efforts to train skills around speech have a dismal record. Diversity training—“Oh, here’s a nice three-hour diversity training module”—the idea that we could change people’s behavior in a three-hour time period is laughable.

Open Mind is designed for use in a classroom over a semester. It gives a group of people a common vocabulary, a common set of psychological ideas. If you can keep a group working together on this over time, if we can touch the heart a bit with a few moments of humility, then you really have a chance. You’ve got the possibility of training that will stick.

I always say: You’ve got to change the elephant, not just the rider.

Why are you so focused on college students with this training?

This is urgent stuff. As Gen Z began to graduate in 2018, they’ve brought all these problems into the corporate world and the corporate world is beginning to freak out. Just in the last year, I’m getting all these calls with corporate people asking, “What the hell is happening? These recent college grads, with them it’s just constant conflicts over some word someone said.” Just lots of complaints about Gen Z as very difficult to work with. If students want to be able to add value to other people’s lives, they need to get over this stuff—the hypersensitivity, the “safety-ism.” That stuff just renders you unemployable.

In a recent Atlantic article, you said that the rise of social media may be warping democracy and has “changed several parameters of political and social life.” What do you mean?

These issues—How do we talk to each other in a democracy when a lot’s at stake?—have always been difficult, but … well, here’s one metaphor I use: Let’s say you’re the California Department of Forestry. You have decades of experience fighting forest fires. You know what to expect and what to do. Then one day, overnight, the oxygen content of the atmosphere changes, so that with any spark, the whole thing blows up, with any spark it becomes a forest fire. That’s basically what happened to us between 2009 and 2012 with social media.

Another metaphor: Remember the story of the Tower of Babel in the Bible? It’s like we’re living in the moment after it collapsed. Everyone’s speaking a different language.

Could you elaborate on why, as a psychologist, you believe that the current focus on protecting students via thing such as trigger warnings and punishment of microaggressions may actually harm students’ psychological well-being more than it protects them?

I talk a lot about the concept of “anti-fragility.” It’s the idea, borrowed from engineering, that experiencing stress makes things stronger. Makes humans stronger. With anti-fragility, everything I’m saying makes sense. Without the idea of anti-fragility, you’re likely to veer towards compassion in the short run thinking you’re helping students in the long run. But you’re not. We’re like parents who are so worried about bacteria and germs, we basically put kids in a bubble. That doesn’t make them healthier as adults; it makes them more susceptible. There is now some evidence of harm coming from things like trigger warnings, hints of a backfire effect. It’s my view that colleges should, maybe not ban trigger warnings, but at least discourage them.