Join us for a dialogue with Greg Lukianoff, president of the Foundation for Individual Rights in Education, one of the nation’s leading advocates for academic freedom and viewpoint diversity.  Lukianoff is author of “Unlearning Liberty” and co-author of “The Coddling of the American Mind.”  The evening will be interactive, with Lukianoff in conversation with undergraduate students from the SNF Paideia Program, plus case studies raising key issues that audience members will get to explore together. 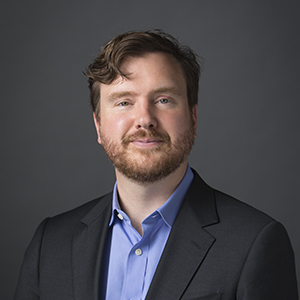 Greg Lukianoff is an attorney, New York Times best-selling author, and the President and CEO of the Foundation for Individual Rights in Education (FIRE). He is the author of Unlearning Liberty: Campus Censorship and the End of American Debate, Freedom From Speech, and FIRE’s Guide to Free Speech on Campus. Most recently, he co-authored The Coddling of the American Mind: How Good Intentions and Bad Ideas Are Setting Up a Generation for Failure with Jonathan Haidt. This New York Times best-seller expands  on their September 2015 Atlantic cover story of the same name. Greg is also an Executive Producer of Can We Take a Joke?, a feature-length documentary that explores the collision between comedy, censorship, and outrage culture, both on and off campus.

Greg has been published in The New York Times, The Wall Street Journal, The Washington Post, Los Angeles Times, The Boston Globe, and numerous other publications. He frequently appears on TV shows and radio programs, including the CBS Evening News, The Today Show, and NPR’s Morning Edition. In 2008, he became the first-ever recipient of the Playboy Foundation’s Freedom of Expression Award, and he has testified before both the U.S. Senate and the House of Representatives about free speech issues on America’s college campuses.

Co-sponsored by the National Liberty Museum