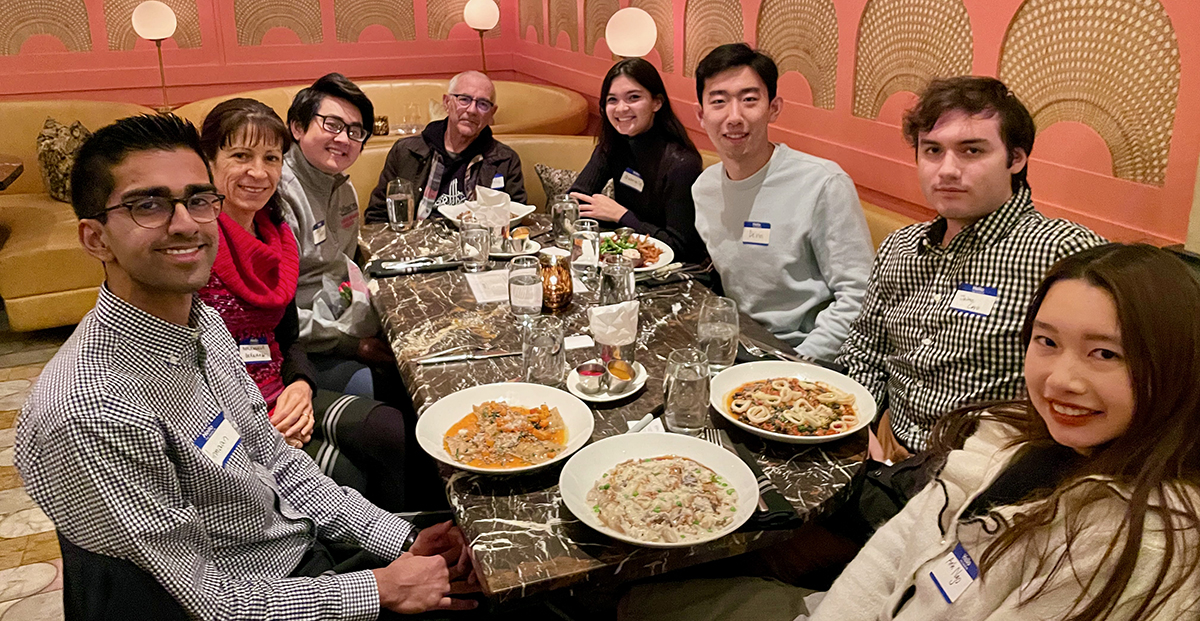 That’s the question we wanted to answer by creating Franklin Dinners. Each month, the Franklin Dinner brings together 3 professors from vastly different fields and 5 undergraduate students to engage in an interdisciplinary conversation that is unlikely to happen anywhere else at Penn.

Our conversations covered wide-ranging topics like dark matters, black holes, galaxies, politics in the Middle East, and student involvement in politics. In addition to asking career- and advice-oriented questions, students also leveraged their backgrounds to push across disciplines in conversations with the professors. Prof. Vitalis and students involved in student government shared their perspectives on the magnitude of racism on campus and potential responses. Meanwhile, another student discussed how tools from the fields of organizational design and capital projects could enhance the impact of large-scale astronomy projects by increasing speed and lowering costs.

In our dinner conversations, everybody is equal. We give name tags to everyone and we all address each other by first name. Since our dinners are in a non-academic setting, professors can get to know students on a personal level and ask about their interests, college experiences, and upbringings.

Even at an institution like Penn which emphasizes interdisciplinary dialogue, professors are too often separated by the physical boundaries of department buildings, while students’ academic experiences are quickly constrained by their majors and programs after their sophomore year.

We created Franklin Dinners to address this problem by bringing together faculty and students from vastly different disciplines who would otherwise never meet, and sparking unexpected conversations not possible anywhere else on campus.

For example, during our inaugural dinner, Prof. Bernardi and Prof. Vitalis realized that they have both been at Penn for more than 17 years, but they had never met each other. When Prof. Bernardi asked Prof. Vitalis about women’s rights in the Middle East and why/how restrictions on women’s rights were started/maintained, I knew we had succeed at our goal—that was exactly the type of connection I wanted to foster. There’s no reason for a physicist to talk to a political theorist, but at Franklin Dinners, they will meet, and they will meet students they will never teach, too.

Support from the SNF Paideia Program

We plan to continue the initiative with the second dinner planned for January 2023. Students and faculty interested in joining the dinner are encouraged to get in touch by visiting our website.