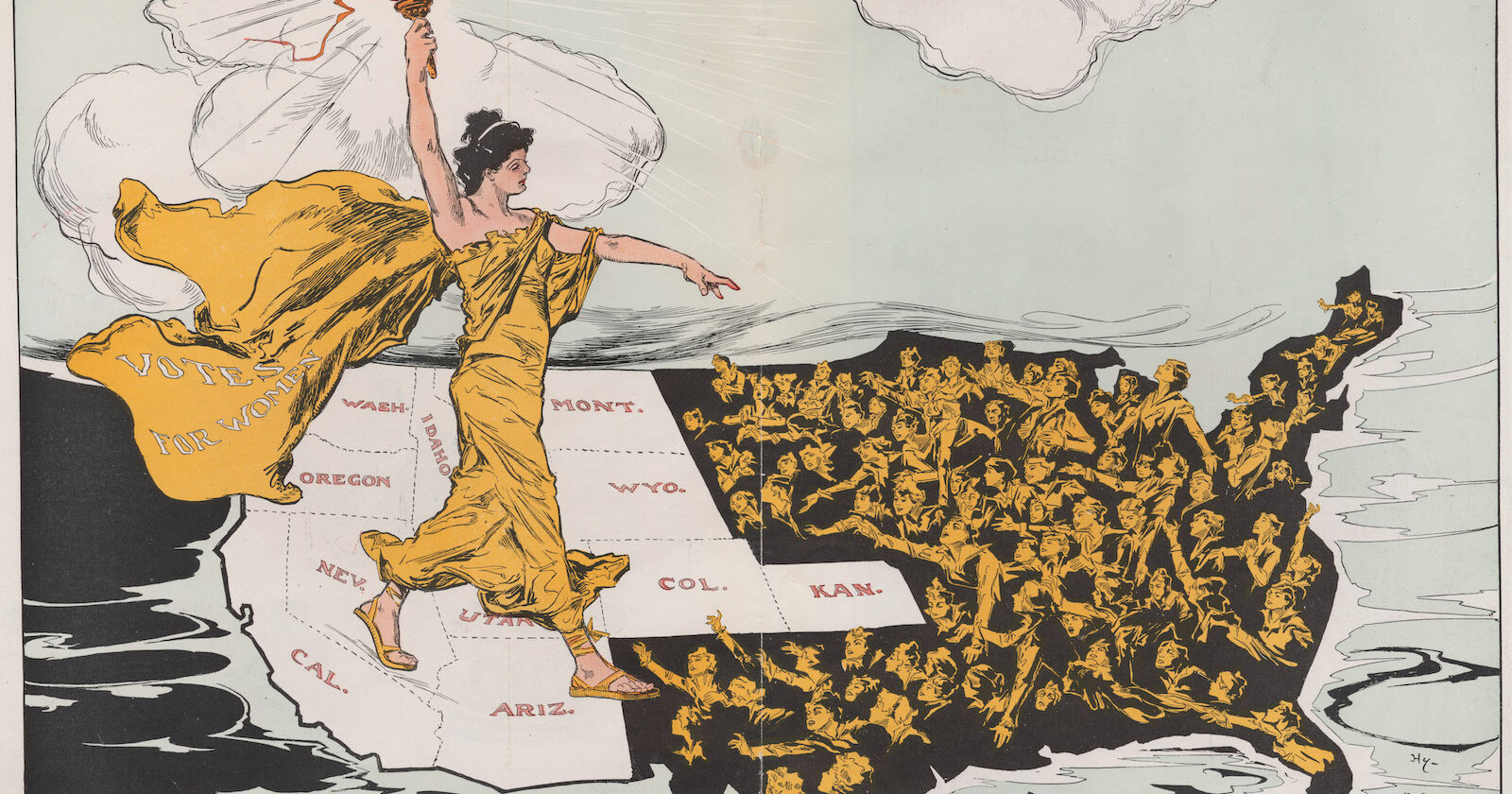 Her words draw a connection to her lack of full enfranchisement as a citizen even 100 years after the Civil War due to denied voting rights. Hamer also connected her fight for her own right to vote, as having a wider impact, contributing to securing rights for Black America at large.

How does voting liberate? A quick answer would be that voting allows for participation and serves as proof of cherished democratic ideals of freedom and justice for all, for equality. With participation comes voice, people can weigh in on policy issues, decisions about the allocation of tax dollars and the vision of the nation.

This year, 2020 marks the 100th anniversary of the 19th amendment, which gave women the right to vote. It is an opportunity to celebrate the women who fought to integrate the voices of women into our policy decisions. Looking back at the period, I have been especially fascinated by those women who were part of the anti-suffrage movement. Those women who not only did not want the right to vote but fought against those trying to gain full citizenship rights for all American women.

Susan Goodier in the history department of SUNY Oneonta, researches and writes about the anti-suffrage movement.2 Goodier acknowledges that though it might be “tempting to dismiss” the anti suffragists, “to sneer at these women…is to miss an opportunity to understand the extraordinary radicalism inherent in the movement for the right to vote.”3 The dual movements worked to refine each other. For example, Susan Fenimore Cooper was an anti-suffragist who wrote “Female Suffrage” for Harpers in November 1870 arguably in direct response to suffragist Elizabeth Cady Stanton’s 1870 “Address of Mrs. Elizabeth Cady Stanton.” Fenimore’s arguments helped sharpen Stanton’s. Ironically, the anti-suffragists engaged in deeply sophisticated political activity to undermine their own access to political voice which is worth consideration.

Quite frankly, it is difficult for me to empathize with the anti-suffragists. I am glad they lost; it has always bothered me that it took 133 years after our Constitution’s ratification for women to be included in U.S. politics. I can, however, start to see how difficult change is for people. For some, fear of change stunts political imagination. Seeing their own position in the US system as fragile, they do not want to be “displaced” and so they cling to the status quo and craft narratives, like the Anti-suffragists did, that all of society would be upended by the changes demanded by activists; in the case of the suffrage movement, by women voting.

How to Embrace Change

The women’s suffrage movement, which was roughly from 1848-1920 was one where the U.S. was undergoing all types of societal changes. The U.S. which had largely been an agrarian nation, was moving towards industrialism, urbanization and witnessing an influx of immigration from southern and eastern Europe, the likes of which had not been experienced yet in the US. These immigrants were not white Anglo-Saxson and protestant, and that scared people.

Granting women the right to vote seemed like yet another change that would certainly lead to destabilization. The fear was that the family would bear the brunt of this destabilization, as many of the cartoons of the period demonstrate.

Today, there is likewise fear of change that is reigning in political imagination. For some, tampering with the voting rights of others is a small price to pay to keep things the same, and their own power secure.

As my husband, Rev Dr. Chaz Howard, often says when defining marginalization, “the idea is to bring those on the fringe into the center. Not to displace those already in the center but to add to them new voices to share in the process of democratic governance.” We are a nation that does best when we are not governed by fear; when we see pluralism as a strength and not a weakness.

Voting matters, voice matters and bringing in all of our voices into our governance, though it may seem scary at first, will surely make us a stronger, more United States of America. When I vote this November, I will be thinking of Fanny Lou Hamer, of Elizabeth Cady Stanton, of liberation and dreams of change.