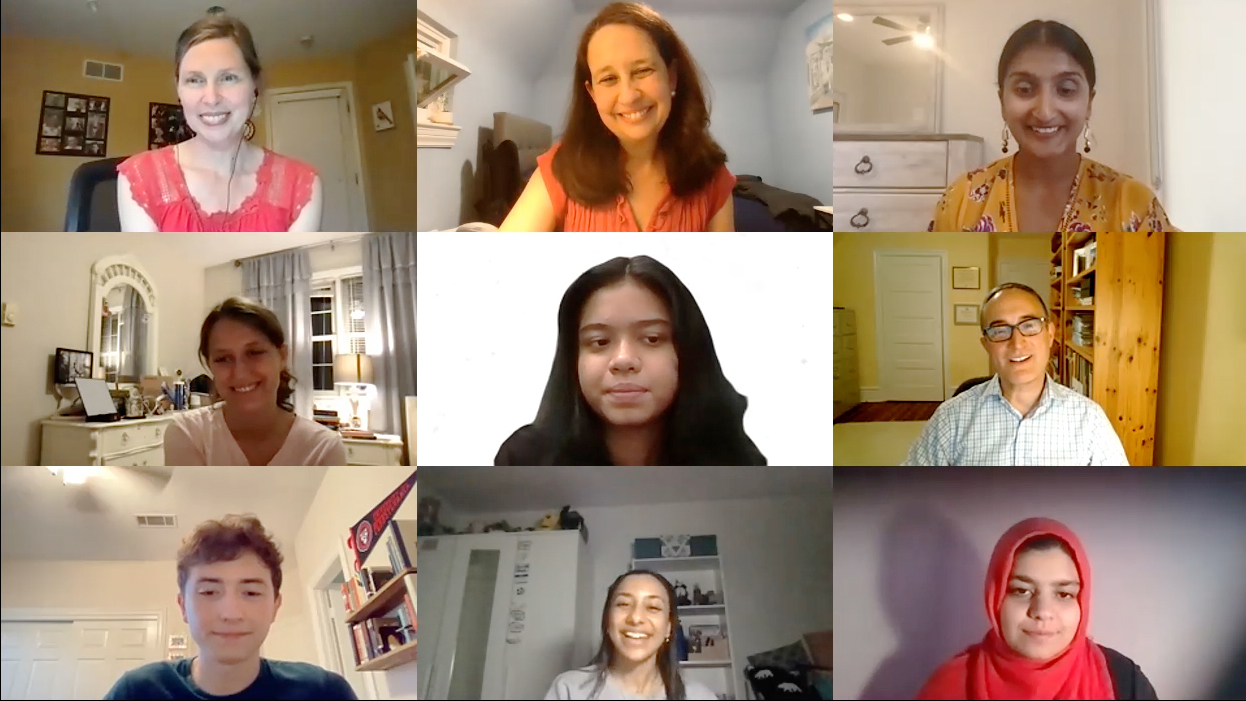 The fellows, led by Dr. Lia Howard and Dr. Leah Anderson, read and discussed “Missing Each Other: How to Cultivate Meaningful Connections,” a guide to attuning to others in our everyday lives in a rare and meaningful way. Written by Penn professor of psychiatry Dr. Edward S. Brodkin and therapist Ashley A. Pallathra, the book addresses the problem of misunderstanding in a world wherein constant distractions and social (and emotional) distance are the expectation. Having had to deal with much of this separation recently—whether it be that because of the pandemic, adjustment to college, onslaughts of new opportunities, or other recent events—this book club deeply impacted those involved.

To better understand the process of attuning to another, each week we considered one of the book’s four tenets that facilitate connection: relaxed awareness, listening, understanding, and mutual responsiveness.

Relaxed awareness is the component of attunement that greatly involves the self. While many tend to think that connecting with others means complete involvement in the conversation, it is paramount to be mindful of our own bodies, headspaces, and emotions during communication. It requires skill to be both calm and alert at the same time, but this awareness allows us to check in with ourselves. As a student interested in mental health and neuroscience, I found the relation between relaxed awareness and mindfulness to be one of the most compelling parts of the book. It is only through self-awareness and being capable of managing ourselves that we can be open to the second tenet of attunement, listening.

As Sarah Asfari (’24) described, oftentimes “we are prone to hearing people but not really listening, and enforcing the distinction between the two is crucial to improving communication.” This distinction is one clarified by Brodkin and Pallatrha’s concept of listening. According to the book, one must focus their attention on the other person and absorb not just words but rather all aspects of their communication, whether they be tone, cadence, or body language. Likewise important are the ideas of synchrony and tapping into emotional empathy as you listen to another: you allow the other person’s words to aﬀect you, and you are allowed to both listen to the conversationalist and regulate your response to what is being said. “Going through the exercises in the book, readers learn that even as listeners they should be focusing on their interlocutor and have some attention on their own reactions and state,” Asfari continued. Missing Each Other’s lessons of listening continue to influence her and other members of the book club: “When I think about my interactions with others in my life, I notice that the state I am in really impacts how I receive the interaction. I think that’s why when I reflect on certain interactions and what was said rather than how I felt about it, I can interpret the interaction in so many new ways. Being aware of myself as a listener during a conversation can allow me to separate my interpretations from the words of my interlocutor.”

In understanding others, one must balance listening with being cognizant of what they take in with their senses. This step is simply contextualizing the information gleaned from listening. A pertinent additional consideration is the idea of attribution, wherein one tries to understand why another is acting a certain way. Internal attributions describe how a behavior was caused by the person themselves or an aspect of their personality, while external attributions take in more information to see if there is something in the person’s environment causing them to act that way. Misattribution, when we incorrectly identify the reason for another’s behavior, can be detrimental to strong communication. Isaac Gateno (’24), one of the book clubs’ weekly student leaders, noted that accounting for misattribution means we need to assume the best in others: “When we fail to give people the benefit of the doubt for their shortcomings—when we assume it’s their fault and not merely a result of unfortunate circumstance—we tend to make poorer connections. Brodkin and Pallathra make the convincing case for assuming the best, not because it will always be true, but because it will strengthen your relationships and ultimately better your connections.”

By the end of the month working together, our book club had most certainly reached the point of mutual responsiveness. Though somewhat limited as a group on Zoom, the flow of the conversation was simply natural. Our discussions centered about the regulation of the self and the holistic view of another, which must work in tandem to reach attunement. We weren’t solely fixated on the mastering of attunement in our book club meetings, however; we also focused on mental health, mindfulness, living and working at Penn, and communication in its most basic sense.

“I thought that it was very interesting when they said that loneliness was just a mentality – that you could change that by changing your mindset,” explained Tanay Chandak (’24). Changing one’s mindset was a common goal among fellows, as many noted how skill development is crucial to mastering attunement.

The purpose of our meetings was clear: reflection not only on the book, but also on our academic and personal lives. The content and exercises of the book were meaningful and—although seemingly fundamental—challenging to put into practice.

“The book was really interesting and something I gained a lot of self-reflection time from reading,” noted Asfari. “Even if you don’t implement every single tip from all of the exercises in the book, it is just a good way to self-reflect and figure out where you are at in the process of developing better communication.”

The summer book club also had the amazing opportunity to speak with the authors, who gave us specific insights into the creation of the book and details about its development. It was quite incredible to see the honest, vulnerable conversations we had amongst ourselves and then with the authors themselves. Further, it is indicative of the success of Missing Each Other in our own lives: each meeting felt as though it was an opportunity to practice the skills we had learned last week and truly attune to one another. Indubitably, the skills and closeness we have fostered as a club will bring us closer as fellows and faculty in our next semester together.