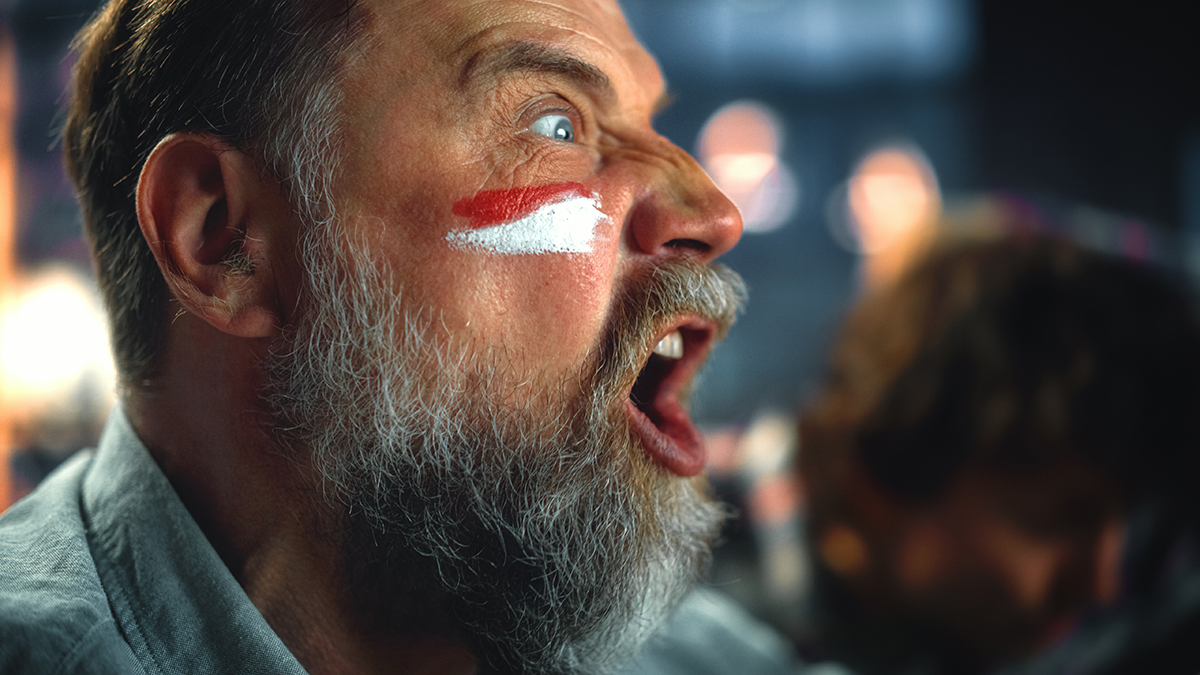 Disagreement is not disaster. It is not dangerous.

It’s an opportunity for insight, for learning, for understanding, for growth.

Don’t run from disagreement. Don’t seek to dominate it, either, insisting that only your viewpoint has any worth.

Ground Rule 3:
Disagreement is fine. It’s fruitful. Don’t try to win it or paper it over. Explore it.

Remember, a conversation that has spawned a disagreement is not the Super Bowl. It’s not a WWE iron-cage match. It’s not a presidential debate. At the end, no one person is going to have a hand raised as the winner, be showered with confetti, drenched with Gatorade, or deluged with campaign contributions. No one is going to be booed off the field as a pathetic loser.

It’s a human conversation. If everyone involved learns something during it, then they all win.

So, embrace disagreement, explore it eagerly, be hungry to learn from it.

We reject the claim that civil dialogue, properly understood, is a quest to paper over all differences, or to bury them deep beneath a veneer of politeness.

We’d counter: Why even bother to come together to discuss a public problem if everyone already agrees?

The point of dialogue

The point of dialogue about any issue is to come to a clearer, more useful sense of how and why people differ – in hopes that this insight might point the way to a fresh solution, or at least a better way of stating one’s own viewpoint so that others can respect and grasp it.

The principles of civil dialogue provide tools to dig into disagreement, to identify the experiences and values that lie beneath, and to sift through the layers to discover whether, somewhere beneath the disagreement, there might lie at least a patch of common ground.

What’s more, in that exploration of disagreement, in listening to others whose story and outlook differ from your own, you might well hear something that points to what we call “the pebble in your shoe.” What is that pebble? It’s our own, uneasy, inner sense of a weak point in our position.

It’s human instinct to defend most fiercely the part of our position or our behavior that, deep down, we suspect is the most flawed.

Revise instead of defensive reflex

Ever have that moment in a conversation when you’ve just made a solid, fair point to critique someone’s else’s position and you see a flicker of doubt in their eyes? How often, then, do they fire back with an accusation or an ad hominem attack? You’ve pierced their defenses, so they are going to throw everything they’ve got at shoring up the breach, civility be damned.

When the pebble in your shoe begins to poke you, don’t succumb to uncivil reflex. Instead, test whether patient exploration of disagreement might reveal to you how best to repair or revise that weak point in your position.

Easier to say than to do, of course. So how exactly should we go about exploring disagreement fruitfully? Our next ground rule is one of the keys to that enterprise.

Ground Rule 4:
Ask questions to understand, not to dismiss or rebut.

So often, when people hear someone assert something they don’t like, they respond by asking rhetorical questions that are a form of attack. For example:

“Don’t you know that (this or that authority) has disproven your theory (or exploded it a hoax)?”

“How could you be so gullible/ignorant/biased as to believe that?”

These, needless to say, are not the kind of questions that lead to productive dialogue and new understanding.

Note what we are definitely not saying: We are not saying we must pretend to agree with something we think is wrong, either factually, ethically, or pragmatically.

We’re saying that we can find ways to express skepticism or disagreement that invite an informative response, rather than shut down the dialogue or provoke angry defensiveness.

Here are examples of question responses that open up possibilities, rather than close them off:

“Help me understand your viewpoint a little better. What experience or source is leading you to this conclusion?”

“I’m not sure I’m fully grasping your point. Could you say it another way?”

“I admit I’m more persuaded by evidence that points in another direction, but I’m interested in how you got to where you are. What’s the key thing that’s leading you to conclude this?”

It’s a good step to begin any response by restating what someone has said in our own words. Research shows that this simple move – conveying that we’ve actually been listening, not merely biding our time until we can issue a snappy retort – goes a long way towards fostering a reciprocal willingness to listen to what we have to say.

If we can underline some point of agreement, however small, as we lead into our question, that also can make a huge difference.

“I hear you that you’re very disappointed in how X has handled the economy so far in his administration. And I can tell you I didn’t like it any more than you when he did Y, because that seemed like a risky move to me. But I need you to help me with this part: Right now, unemployment is down, the stock market is up. So, what is it exactly that you think is so wrong with this economy? What am I missing?”

If someone, for instance, tells a story about being a crime victim to explain their strong support for long criminal sentences, a response like the following might enable us to bring a salient fact into the dialogue in a way that won’t seem dismissive, and might prove fruitful:

“That was a powerful story. I can certainly see how what happened to you was very upsetting and would leave a mark. But here’s what I’m struggling with: The statistics indicate pretty consistently that violent crime has been on a downward trend for decades. I know that wasn’t your experience, but is there any way you could reconcile your unforgettable personal trauma with the idea that what we’ve been doing is working fairly well, and we don’t need some kind of big crackdown?”

Remember, our goal here is not to change the other person’s mind, but to understand it better. If, in so doing, we open in the other person a little crack of daylight, a willingness to consider new information, great. Even if we leave the conversation only with a better grasp of why this person whom we sort of like in some ways unfortunately has some views you really don’t like, we’ve gained something valuable. That’s a win.