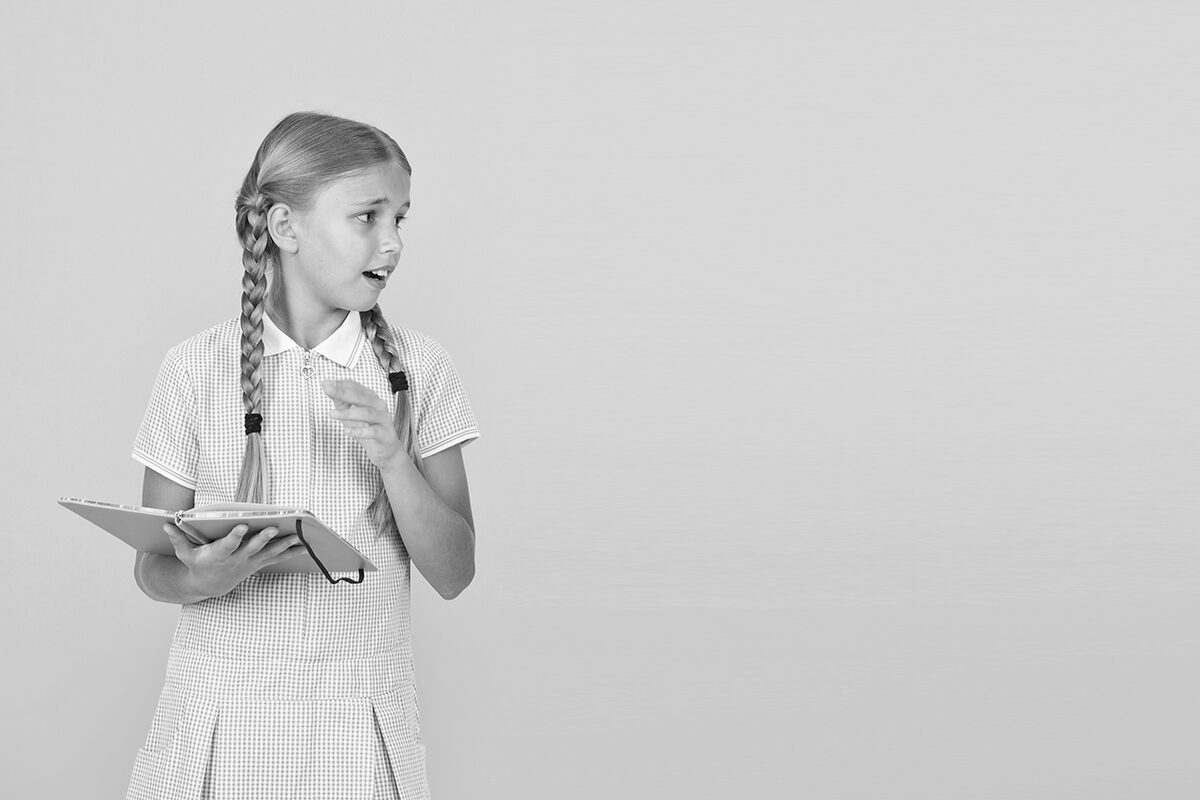 In the political sphere, it could be about guns or abortion or tax cuts or climate change – or frankly, just about any hot-button topic in our polarized nation. At work, it could be any one of a host of pesky, perpetual challenges facing your organization.

Those reactions are not remarkable. They’re understandable.

What’s remarkable is how rarely the folks in charge react to the simmering cynicism about a coming meeting by doing something to change the way that conversation is structured, framed or conducted. It’s as though a football team ran the same play over and over and over, losing yards each time as boos rain down from the stands.

It’s a stunning failure of will and imagination that sadly is not at all unusual in politics, corporations, nonprofits, and media outlets.

Plenty of ways exist – particularly given the dazzling power of those little talking computers each of has in our pockets or our hands all day long – to hold very different conversations about thorny topics, inviting new voices, insights and ideas to fuel fresh solutions.

All it takes is the will to change things up and good advice on how to do that. The will is up to you, but in this post we hope to offer you some helpful tips.

Tips on what to change when holding conversations

What things can you change up? The possibilities are myriad; which ones you choose should hinge on the nature of the issue and the mindset of the people who’ll be around the table.

Example of how to hold a different conversation

Here’s one story – among many from our 25 years of work helping communities hold productive dialogues – that illustrates vividly the value of holding a different conversation:

In the fall of 2008, you may recall, the global economy collapsed. As businesses closed and jobless rolls swelled, the cascading woes led to a crisis for local governments that depended on business, sales or wage tax revenue.

The city of Philadelphia relied on all three. By November 2008, the staff of the city’s first-year mayor, Michael Nutter, was telling him the recession was likely to blow a $250 million hole in the budget for the current fiscal year (ending the next June 30). An even bigger shortfall was likely to face him in spring 2009 as he built the city budget for the succeeding fiscal year (the first budget that would be fully his own).

In December, Nutter announced a set of potential cuts in city services to close the budget hole. His staff had come up with the list during closed-door meetings. City residents – already anxious about the recession but unaware to that point about its severe local impact – exploded in rage.

Nutter announced a set of old-style public hearings to be held in public high schools around the city. It was the typical structure: A city official laid out the problem and proposed solution in a slide deck, then a parade of angry citizens lined up at a mic to make outraged statements as a glum row of city officials sat on the stage, absorbing the abuse with stony faces.

Nearly every person who spoke had come to defend one particular city service or program dear to their hearts. The details varied – some spoke haltingly and nervously from the heart, some read prepared statements, performing the role of angry voter in a way clearly aimed at making it onto the 11 o’clock local news – but the core message was the same each time: “Whatever you do, don’t cut my thing.”

After multiple rounds of this tired ritual, the new mayor had taken a severe PR beating but gotten almost no input useful to helping him and his team make the hard, painful choices needed to close the budget gap. All that taxpayer input merged into “white noise,” a chorus of self-interested pleas useless in guiding decisions.

That’s when Nutter contacted us, asking if we had any ideas for holding a different, more helpful conversation.

We did. What emerged over one month of intense work with the mayor’s Cabinet and staff was a fresh approach.

The problem with the old, tired format was that it never invited taxpayers to weigh the nuances of the coming decisions in the way the mayor and his team had to in the real world. It never nudged speakers to move past self-interest to glimpse the common interest, to weigh difficult tradeoffs and suggest ways of managing them.

How did we propose to nudge the people of Philadelphia to give more helpful guidance to Nutter and his team?

How to “gamify” conversations

The term “gamification” had not yet received wide currency in 2008, but that’s essentially what we did: We turned the budget problem into a game that people could play together. We incorporated some psychological incentives to play it collaboratively and well. If they did so they could a) beat the score of other teams playing the game in other rooms that same night (scores were posted at the end) and b) have the best chance of giving the mayor’s team advice they could actually use to make wise decisions.

We concocted the Mayor for a Day budget game, which ended up being played in person by more than 1,600 Philadelphians over four nights in February 2009, and by another several hundred in an online version of the exercise that we put on the Web.

The basic concept was this: The city had a $250 million budget hole. So, we turned the task of closing that gap into a game where 100 points represented perfect budget balance. That meant each point was worth $2.5 million.

Then we asked the mayor’s team to give us an array of options for budget cuts and tax or fee increases. Not just the ones they’d already proposed, but also options that were either more or less dire – even one that had been discarded during their private deliberations. We asked them to write short descriptions of the impact of each action – layoffs, service cuts, additional taxes or fees as they would affect a typical city household. These options were incorporated into a two-page game play sheet, where people could record the choices they were making among the options and see how many “points” each one earned them.

We asked Nutter not to attend the workshops, so people would have to talk to one another, rather than yelling at him. But he sent his budget director and other cabinet officials, with directions to listen, not speechify.

The hundreds of people who showed up each night first got a quick review of the budget crisis and the game play, then were divided into small groups of 25 or so, each with a couple of moderators we’d trained to guide them through the multi-step game play. We designed the game so that very quickly the groups – alternating between small-group discussion and large-group voting – could establish their “slam dunk” choices to say “hell, yes” or “hell, no” to certain budget options.

That meant that many people in the room swiftly got agreement to the main thing they’d come to the event to advocate. But, thanks to the game play, they could see that getting what they wanted did very little to get the group to 100 points, or the city to budget balance. That meant they had to grapple with all the other “close calls” and “gut-wrenchers” on the list. And they felt some incentive to make those hard decisions, so that no one else in the room, hunting the list for possible points, would be tempted to suggest putting “their thing” back on the table for a new vote.

Over four nights, about 50 groups tried their hand at the game. Some did remarkable work, getting up to 80 points, pretty darn good for a 90-minute effort. Others showed how badly voters can behave when mired in anger and self-interest, racking up single-digit scores.

Overall, the wealth of data from the scoring sheets – and the moderators’ reports on the arguments raised, saluted and denounced in the group discussions – gave us a wealth of data to share with the mayor and his cabinet, as well as the City Council, as they made their hard budget choices in March through May.

Our report to the city laid out a few tax or fee increases for which there was surprising support, and some for which there was far less than the mayor imagined. The report clarified places where the bulk of participants agreed that modest service cuts were justified.

Our advice to the mayor was that, in rolling out his budget, he should make clear to the public where he was adjusting his choices in response to their input, and where he was going against the wishes of the grassroots and, importantly, exactly why he was doing so. That way, voters could know they’d been at least heard, if not heeded, and been offered the respect of a candid explanation.

In the end, the city’s new budget passed with fewer layoffs, fewer severe cuts and much less controversy than was the case in many other American cities going through comparable budget squeezes.

For once, Philadelphia’s leaders had had the guts and the imagination to hold a different budget conversation, one that offered residents not only a mic and two minutes to bitch but a real opportunity to think alongside city leaders – and their fellow Philadelphians. The budget workshops made a real contribution to the result.

So, you see, there’s nothing inevitable about a meeting on a difficult topic being the same-old-same-old: tedious, painful and useless.

You simply need to avoid the mistake of just rolling the ball out on the court and saying to everyone, “Go ahead and toss it around.”

You have to have offer sound ground rules and a game plan that fits the circumstance, and a leadership team that can execute it with flexibility and care (even if that means stepping away from their usual spot at the head of the table).