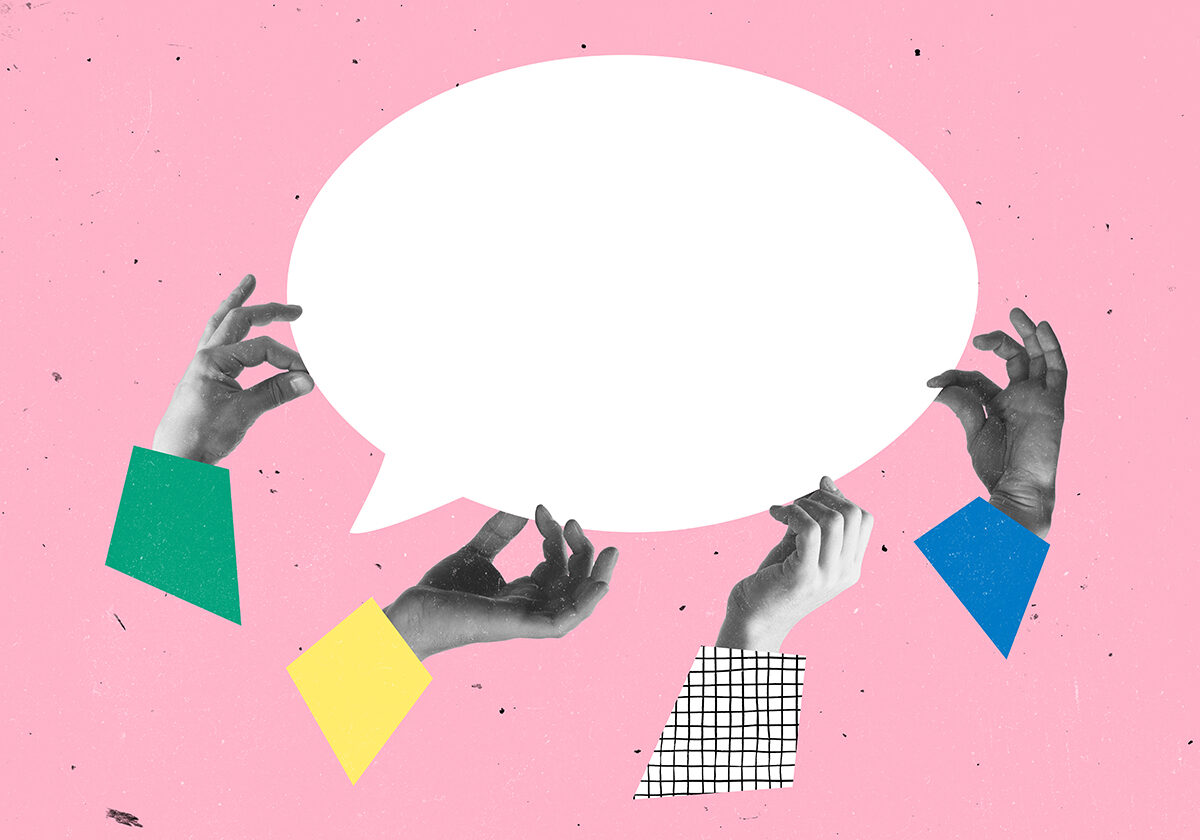 You feel slighted, dismissed, ignored. The feeling stinks. What this ground rule comes down to, simply, is: Don’t ever make other people feel that way.

Ground Rule 5:
Build on what others say

Acknowledge what the previous person said

In a discussion, you may not in fact agree with what the person who just spoke had to say; you may in fact want to move the conversation to new ground. Or, conversely, their viewpoint or story may have struck a chord with you, reminding you of something similar we want to share.

Either way, use the approach that will sharply increase your chances of everyone around the table valuing your contribution and listening to you in the way you’d like to be heard. In short, find some way to acknowledge what the previous person said and to connect your words to theirs.

“Thanks, Alicia, for what you just shared. Your experience with that certainly was upsetting. But I’m wondering if I could round out the picture a bit by sharing an experience I had around this issue, which was both similar and different in ways you all might find interesting.”

“Nestor has just given us a really strong statement of one perspective on this. Maybe it would be useful if I could suggest another way of looking at the situation.”

Bring diversity of viewpoint into the room

Those are ways of bringing diversity of viewpoint or experience into the room that don’t ignore or invalidate what others have offered, which make them far less likely to shut down defensively, refusing to take in or credit what you have to say.

You may be familiar with another variation on this sensation of having what you said treated as though you never said it.

Odds are, every woman who’s ever worked in a male-dominated workplace has experienced it.

It unfolds like this: You offer up a gem, a piece of information or insight that really advances the discussion, and the rest of the table acts as though you never spoke. Then two minutes later, some other guy around the table (yeah, usually a guy) says the exact same thing you just said, in slightly different words, and everyone reacts as though he’d just solved quantum mechanics.

Again, this ground rule implores you: Don’t ever do that to anyone.

Build on what other people say and avoid being dismissive

Introduce your contribution to a discussion by acknowledging that it builds upon something someone else said a few minutes ago.

This, unlike quantum mechanics, is not a difficult concept to master.

When you’re recognized to speak, simply start out:

“You know, Kevin, I’ve been thinking about what you said a moment ago about X and it clearly points us in the right direction. I wonder if this might also be part of the solution ….”

There, doing it that way didn’t hurt so much, did it?

In fact, it will help. It will help other people in the discussion feel heard and valued, which will make them more likely to hear and value what you have to say.

Most important, it makes it much more likely the group’s discussion will get to a place where problems are framed in a robust, accurate way and the solutions that emerge reflect the true diversity and complexity of viewpoints in the room.

Conversely, being dismissive of – or outright ignoring – the contributions of some who are at the table is a great way to produce a lousy decision.

Again, as with all the behaviors urged by our ground rules, building on what others says isn’t just about being polite for the sake of being polite. It’s about understanding what’s actually best for you and any organization or initiative you’re involved in.