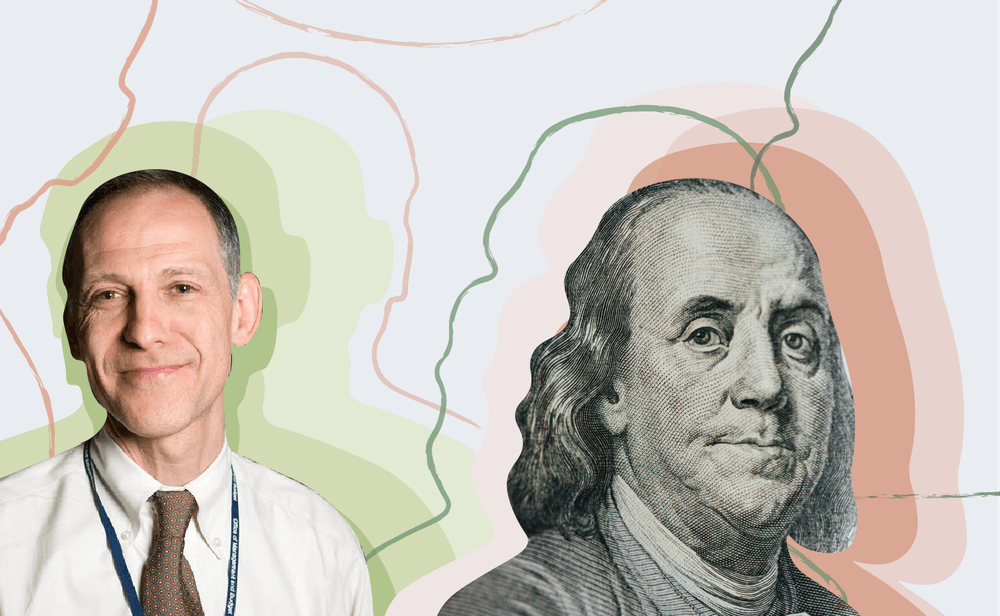 Emanuel told The Daily Pennsylvanian in an interview that he is thrilled to be named to Biden’s Transition COVID-19 Advisory Board. Emanuel is serving alongside 12 leading public health experts who will help set the tone for the United States’ pandemic response under the next presidential administration.

“I’m very honored, and hopefully, to the extent that I can, my efforts will benefit people,” said Emanuel, the Penn Vice Provost of Global Initiatives and renowned oncologist. “We’re facing a serious crisis, and when asked to help, I’m gonna help.”

Despite his newfound responsibilities to the Biden presidential transition effort, Emanuel said he will be fully engaged in his Penn teaching duties. He will be teaching PHIL 118: Ben Franklin & His World as part of the Stavros Niarchos Foundation Paideia Program, which focuses on promoting civic engagement.

The 75-person lecture will meet synchronously twice a week to study the life and legacy of Franklin and how the ethical issues of the 18th century relate to modern issues including plagiarism, race relations, and cancel culture. Students will examine controversial aspects of Franklin’s life, such as his participation in the slave trade.

“At this moment, there’s a lot of historical examination of great figures, whether it’s John Calhoun at Yale and Woodrow Wilson at Princeton,” Emanuel said. “Should we be re-evaluating Ben Franklin? Is he the same or different from these people? Does that make him redeemable?”

At the height of the Black Lives Matter protests this summer, Princeton University decided to remove Woodrow Wilson’s name from its public policy school and one of the residential colleges due to the former president’s history of racism. Yale University similarly removed John C. Calhoun’s name from one of its residential colleges in 2017, labeling Calhoun a white supremacist whose views conflicted with Yale’s mission.

To experiment with following Franklin’s own ethical advice, Emanuel said students will emulate Franklin’s “moral diary,” a journal he kept to record his thoughts on human virtues and his progress in meeting moral expectations, by logging weekly entries. Students will also simulate Franklin’s diet in a five-day experiment intaking “lots of gruel and water,” adding that conditions will be adjusted for students with any health concerns.

Some history experts from peer institutions, however, cast their doubts on whether a medical school professor is fit to teach a humanities course on Franklin’s life. While Emanuel acknowledged his training as an oncologist, he pointed to his Ph.D. in political theory and research in ethics as qualifications for teaching the course.

Emanuel earned a bachelor’s of arts degree in Chemistry at Amherst College in 1979 and proceeded to earn a master’s of science degree in Biochemistry from Exeter College at the University of Oxford two years later. He then earned an M.D. from Harvard Medical School while simultaneously pursing a Ph.D. in Political Philosophy from Harvard.

When Emanuel arrived at Penn in 2011, he was fascinated by Penn’s founder after reading Franklin’s autobiography. He said he intended to take a course at Penn to learn more about Franklin’s life, only to find that no such course was offered at Penn, or any of the other Ivy League schools. Provost Wendell Pritchett and Paideia Program Faculty Director Michael X. Delli Carpini offered Emanuel the opportunity to create the course under the Paideia Program.

Prior to his time at Penn, Emanuel also served as a special adviser for health policy to the director of the White House Office of Management and Budget from 2009 to 2011. During his time working with President Barack Obama’s administration, Emanuel aided the nation’s response to the outbreak of the H1N1 virus.

Emanuel said he is looking forward to teaching the new class in the spring and hopes students can apply what they learn about Franklin’s dealing with moral issues to their everyday life.

“[Franklin] was always growing,” Emanuel said. “He was always learning more, changing his views because of facts, and that’s an impressive trait I hope I can embody, and I hope that students who take this course will learn how to do, and [see] why it’s valuable.”