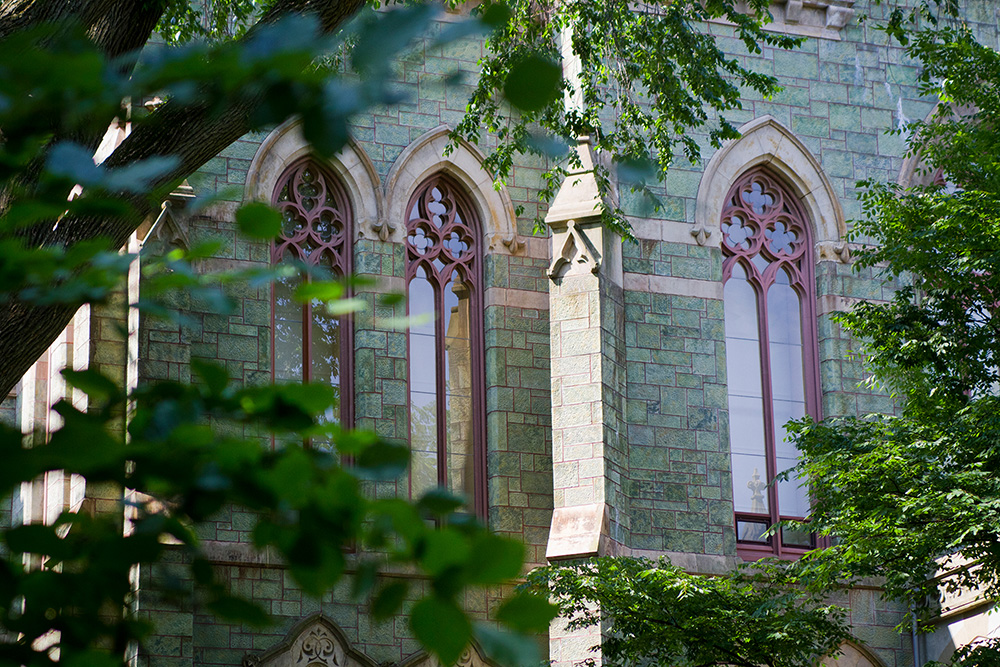 In a city whose name is drawn from the Greek for “brotherly love,” perhaps it’s only natural to turn to ancient Greece for inspiration.

There, the concept of “paideia” indicated the education of the whole person and development of that person as a citizen. Through the Stavros Niarchos Foundation Paideia Program, the University of Pennsylvania is imagining a new paradigm for its project of educating students as whole people and citizens.

The five-year pilot Paideia Program will offer a holistic approach to the civic skills and ethical frameworks Penn already works to impart to its students, building on and leveraging the University’s existing resources. For the Stavros Niarchos Foundation (SNF), which supports the new endeavor, Paideia represents an extension of the Foundation’s involvement in promoting civic engagement and civil discourse. And on a personal level, it builds on support from SNF Co-President and Penn alumnus Andreas Dracopoulos for students at his alma mater.

“The Stavros Niarchos Foundation is committed to supporting civil discourse, civic engagement, and informed leadership, and we believe that educational institutions have a crucial role to play in each,” said Mr. Dracopoulos. “The concept of ‘paideia,’ of educating young people not only to become successful professionals, but also active and engaged citizens, who are part of something greater than themselves, has particular resonance today. We are excited to partner with the University of Pennsylvania in helping educate citizens who will contribute to—and have faith in—fair and thriving democracy.”

From the launch of the pilot program in fall of 2019, Paideia’s impact is designed to ripple outward to engage a significant proportion of Penn’s 10,000 undergraduate students. At the core of the program will be two intertwined threads of academic courses. One is a selection of relevant highlights from Penn’s catalog across its four undergraduate and eight professional schools. The other is a menu of twelve new interdisciplinary courses purpose-created for Paideia across those twelve schools.

These academic programs will be supplemented by a new set of co-curricular activities offering students practical experiences in civic engagement. Signature events, including facilitated conversations on timely issues, will be open to the broader community, and Paideia will serve as the hub connecting a network of institutes, centers, programs, and students groups at Penn, as well as external partners. Drawing on all these elements will be a structured co-curricular program for a select group of student leaders, the Paideia Fellows.

“Among the many aims of a great university, none is more essential than fostering the free exchange of ideas and the robust civil expression of divergent views,” said University of Pennsylvania President Amy Gutmann. “The Stavros Niarchos Foundation Paideia Program at the University of Pennsylvania will be dedicated to doing just that, and more than that. Paideia will combine courses and co-curricular activities that focus on the role of dialogue across divides in enabling students both to serve others and to thrive themselves. This charge of fostering wellness, citizenship and service has never been more important than it is today, with social, cultural, economic and political divides—and the inability to talk across them in constructive ways—straining the very fabric of civil society and democracy.”

The Paideia Program aims to spark the civic engagement and provide a forum for the civil discourse that are critical to a healthy democratic society. This same goal spurred the creation of the SNF Agora Institute at Johns Hopkins University, which built on a history of collaboration between the Foundation and the University. Drawing inspiration from the Agora of ancient Athens, which was a hub of conversation and debate and the center of the city-state’s democratic governance, the Stavros Niarchos Foundation made a significant commitment for the creation of the multidisciplinary SNF Agora Institute to facilitate the restoration of open and inclusive discourse.

The Paideia Program at Penn also developed from a history of collaboration between the Foundation and the University. Since 2009, SNF has supported the Penn World Scholars Program, which brings together students from diverse backgrounds around the world in whom Penn has identified leadership potential. Andreas Dracopoulos has also personally supported the creation of a named, endowed scholarship fund at the University for over a decade. In a 2017 feature in Penn’s Pillars publication, Mr. Dracopoulos discussed his motivation for giving: “…you want college to provide a safe and respectful environment where young people can learn to agree and disagree. It sounds so simple, but it is very important.”

The Stavros Niarchos Foundation Paideia Program will offer Penn’s students and community more opportunity than ever for safe and respectful environments where they can learn—or relearn—to agree and disagree. It’s a simple idea, but an important one.

In collaboration with a range of other organizations at the University of Pennsylvania, the SNF Paideia program co-sponsored its first-ever event on Tuesday, October 15, Climate Justice and Environmental Citizenship.Learn More
In the News

The University of Pennsylvania announces the appointment of two directors of the new Stavros Niarchos Foundation (SNF) Paideia Program.Learn More