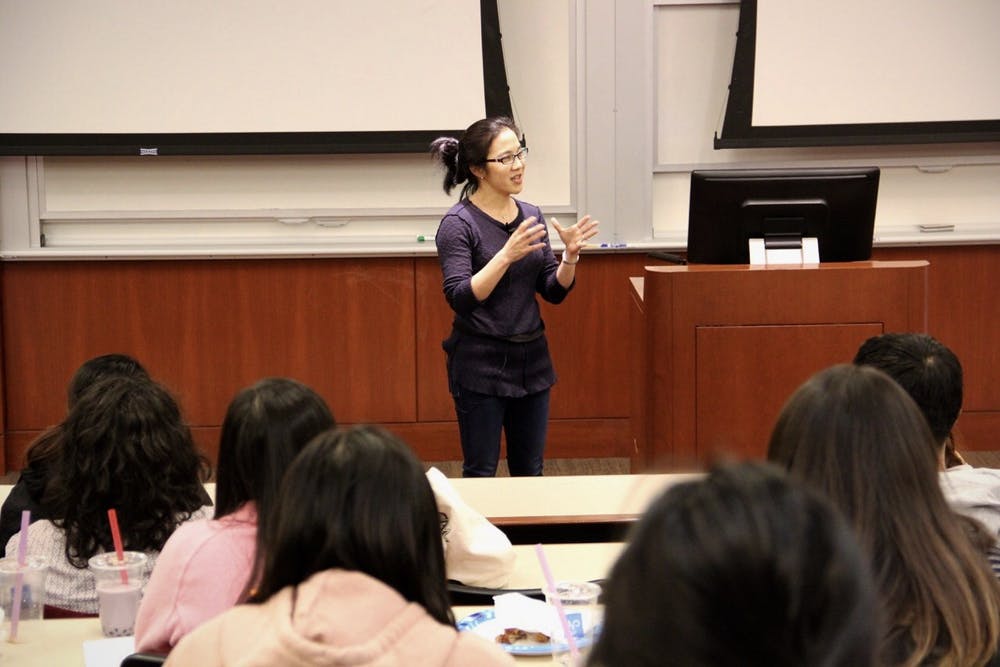 In a recent Penn in Washington event, Ariana Berengaut, a former State Department speechwriter, quoted a remarkable statistic: nearly half of Penn graduates work in finance and consulting. Given that figure, Berengaut said she was happy whenever she convinced a Penn student to work in public service. With Wharton’s reputation and the number of pre-med, pre-law, or pre-[insert any other profession] students at Penn, it’s certainly not shocking, but it begs the question of whether Penn students are too absorbed in a pre-professional culture, and if it inhibits the fostering of true passion.

I came to Penn as pre-med and pre-law, unsure if I would continue with either, but it was difficult not to be “pre” something. The admissions process for schools like Penn makes it seem like applicants who know exactly what they want to do (and have the extracurriculars and awards to match) have the best shot at getting in, which can be a difficult-to-escape pigeonhole. As a member of pre-med group chats, I found myself stressing over the perfect schedule and balancing the required STEM courses with the humanities classes I wanted to take. Stressed about whether or not I was “on track,” I arranged unnecessary meetings with pre-health advisors. I simultaneously felt committed and restrained.

But there’s also a small community at Penn that counters this thinking. “Grit Lab,” or Psychology-005, is a course focused on growing both passion and perseverance in academic and professional life, and is taught by professor and public intellectual Angela Duckworth. Unlike some of my classmates familiar with professor Duckworth’s research, I enrolled in the course on a whim, finding myself at a crossroads in terms of what I wanted to do with my life. Grounded in discussion and hearing from real-life paragons of grit (like Neil deGrasse Tyson), I learned more in the first five weeks of Grit Lab than I would have ever imagined.

Perhaps the most insightful part of the course has been learning about what makes successful people in life successful. After a few weeks of meeting some of these individuals and reading about more of them in Duckworth’s book “Grit,” a pattern becomes increasingly clear: those at the forefront of their respective industries have been gritty enough to sustain themselves toward a superordinate goal. And behind each goal, regardless of field, is the motivation to improve the lives of others.

For example, take Duckworth herself. She graduated college with a degree in neuroscience, founded a summer program for low-income Boston youth, worked in consulting, taught in public schools, and then got a doctorate in psychology. If you asked Duckworth, she would say that all of these seemingly incoherent experiences were crucial to her discovery of her purpose-driven passion in life: using “psychological science to help kids thrive.” Finding this purpose led to her success, made possible her academic career, and inspired the Character Lab, which provides research-based advice for parents and teachers. This lesson on the importance of altruism in professional development, I believe, is crucial to all college students; they must learn sooner rather than later to achieve success that is long-lasting, soul-fulfilling, and most importantly, in service of others.

Grit Lab should not be an exception but part of the norm when it comes to a liberal arts education. Yes, sectors and foundational approaches are great, but the cultivation of passion is even greater. A college education should not be seen as simply a means to a career with high earnings or a stepping-stone to graduate school. It should also be a time for students to learn about themselves as individuals through the joys and challenges of young adulthood. Why should that process of self-exploration be limited to the social and functional aspects of life? And even if (or when) that process isn’t complete by the time we leave Penn, we should at least be equipped with the perseverance to go about continuing that journey of self-exploration elsewhere. This process captures the essence of what Penn announces as its goal for a liberal arts education: discovery.

If Penn truly wants to be a part of educating individuals who go on to make real change in the world, the research is clear; they have to be doing what they love in life. And while that may very well be finance or medicine, the process of self-exploration and growth that is part of a course like Grit Lab should be considered a necessity for a college education. In the context of my own life, Grit Lab has shown me that either a career in medicine or law can allow me to feel fulfilled later in life because of their orientations towards service, and while it might take time to find out which of those paths is right for me, that’s alright. Like all good things, cultivating purpose-driven passion takes time. The teaching of grit, passion, and perseverance is key to our collective futures — the world, quite literally, depends on it.