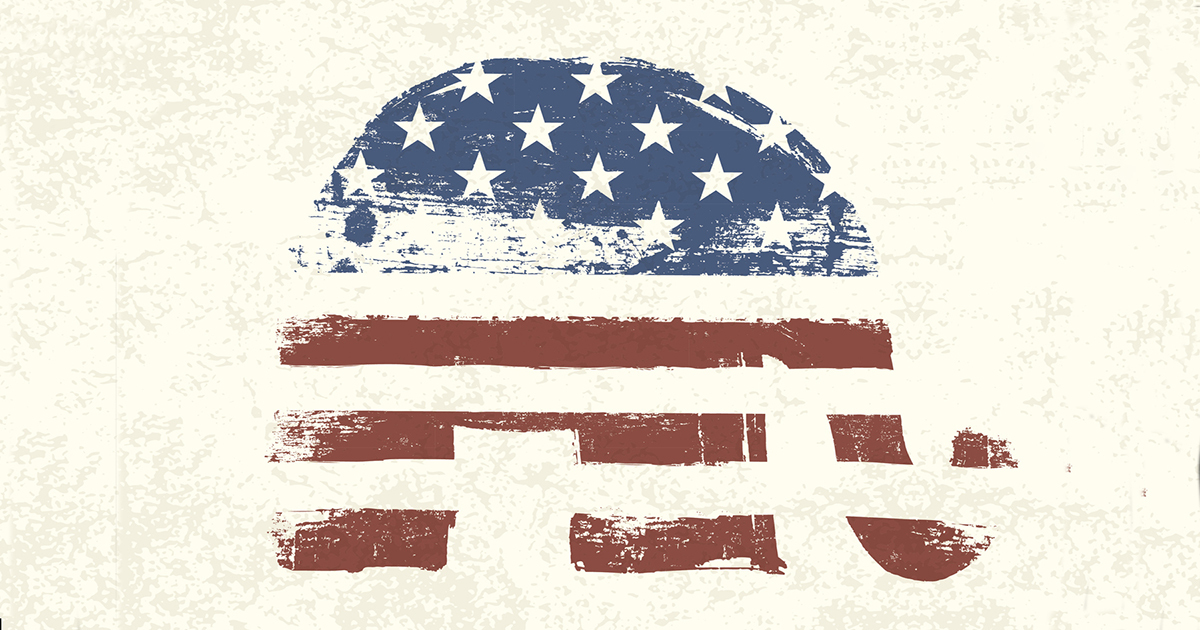 A virtual event sponsored by the Red & Blue Exchange looked at where the GOP goes from here.

The aftermath of Donald Trump’s election loss, the insurrection by his supporters at the United States Capitol, and the subsequent impeachment hearing have revealed not only a divided nation but also a divided Republican Party. Where does conservatism in America go from here?

The conversation, moderated by civic engagement consultant and former journalist Chris Satullo, was sponsored by the Red & Blue Exchange, an initiative by the Stavros Niarchos Foundation (SNF) Paideia Program that encourages dialogues across differences.

A central question addressed by the panel is how much Donald Trump and his supporters will guide and shape the movement and the Republican Party.

Soltis Anderson said her research has found a lot of disagreement among Republican Party supporters about the extent to which conservatism is essential to the party or separate from it, and whether Trump has to be the leader or is a secondary figure.

One survey that asked Republicans if they saw themselves more as a Trump supporter or as a supporter of the Republican Party found respondents almost evenly split on the question.

Her research has also found the No. 1 attribute Republican voters are looking for in a candidate is one who is a fighter.

“These days feel very under siege, whether it’s technology companies, or media and entertainment culture that do not approve of them. They’re looking for someone to be in the foxhole with them, fighting back,” she said. “They view Trump as someone who fights, and they’re looking for that same attribute in other candidates. It does not have to be Donald Trump.”

Troye left her job as Pence’s national security advisor in the fall after her disillusionment with the administration, and described receiving death threats afterwards. She has since launched The Republican Accountability Project in an effort to help like-minded conservatives move forward.

“For me, honesty and being willing to work together across the aisle are what I really valued most. The Republicans I looked up to were the John McCains of the world, and I miss that part of the Republican Party,” she said. “Republicans who are more moderate are struggling to figure out where we fit in.”

For Last, whose publication The Bulwark is a home for “Never Trumper” conservatives, traditional conservative values like small government and low taxes have taken a back seat to preserving democracy.

“We currently have a political party which is subjectively pro-authoritarian, and until that is sorted out the only thing I really care about is the American democratic system, and everything else is a detail that I am not particularly interested in,” he said.

Soltis Anderson agreed, and noted that while the most extreme voices in the Republican and Democratic parties are not representative of the vast majority of Americans, those voices are held up as “this is who is coming for you.

“It feels much more personal; it feels less like we’re arguing over what the top marginal tax rate, and more about ‘what is my place in America?’” she said. “That is the emotional undercurrent that’s making so much of this such a damaging moment.”

Last said he thinks the next GOP leader will be even further to the right of Trump, possibly a member of Trump’s family or a cable news celebrity.

“And that’s why I think we’re all doomed,” he said.

All three agreed any changes must come from within the party, and that a third party would not be viable under the current system.

American voters are complex and malleable, and all kinds of external events can change what they see as important to them, Soltis Anderson said.

“You never know when a pandemic is going to hit, and it’s going to dramatically change people’s views on what the government should or should not be responsible for doing,” she said. “I think there is a reason for those who are conservative who may be very disaffected with the Republican Party and think that it is on the wrong track to not necessarily feel like they must leave and start something new.”

She said the lockdown hasn’t helped things, with many people inside their homes, scrolling on sites like Facebook where conspiracy theories can take hold and spread.

“Hopefully, as the vaccine is distributed, as lockdowns come to an end, if you do know someone whose politics has become their hobby and their religion, to the extent that you can, begin replacing it with other things and helping nudge them in that direction,” Soltis Anderson said. “That’s probably much healthier than just repeatedly telling them that you think they’re an idiot, which is one of the least effective persuasion tools out there and it is what is constantly used in our political discourse, as a way to try to change the other side’s minds.”

A post-event discussion hosted by SNF Paideia in partnership with Penn TableTalk, a student-run organization for fostering discussion about challenging topics, gave students and alumni a chance to weigh in on the panel and the topic.

Sophomore Aditya Bhati, a computer science major from Plymouth, Minnesota, was a participant in the discussion.

“It was really insightful to hear the thoughts of a variety of people, ranging from Mr. Satullo, who was the moderator for the panel, to students from other universities like Columbia and Carnegie Mellon University because we heard from a variety of ages, backgrounds, and areas of expertise,” she says.

Participants in the TableTalk event discussed topics including America’s two-party system in general, the tension between parties grappling for identity versus ideologies, and America’s political climate going forward.

For Brian Song, a junior majoring in biochemistry from Ridgewood, New Jersey, who was a facilitator for small group discussions at the TableTalk panel, one particularly meaningful conversation involved the political polarization and misinformation that grows on the internet and social media.

“Each group member,” he said, “brought their various perspectives on where they encountered this polarization and how they might have contributed to it, and this one talking point from the night before led to half an hour of conversation.”

A video of the “The Future of Conservatism” virtual panel discussion can be seen on the SNF Paideia Program’s YouTube channel until March 12.