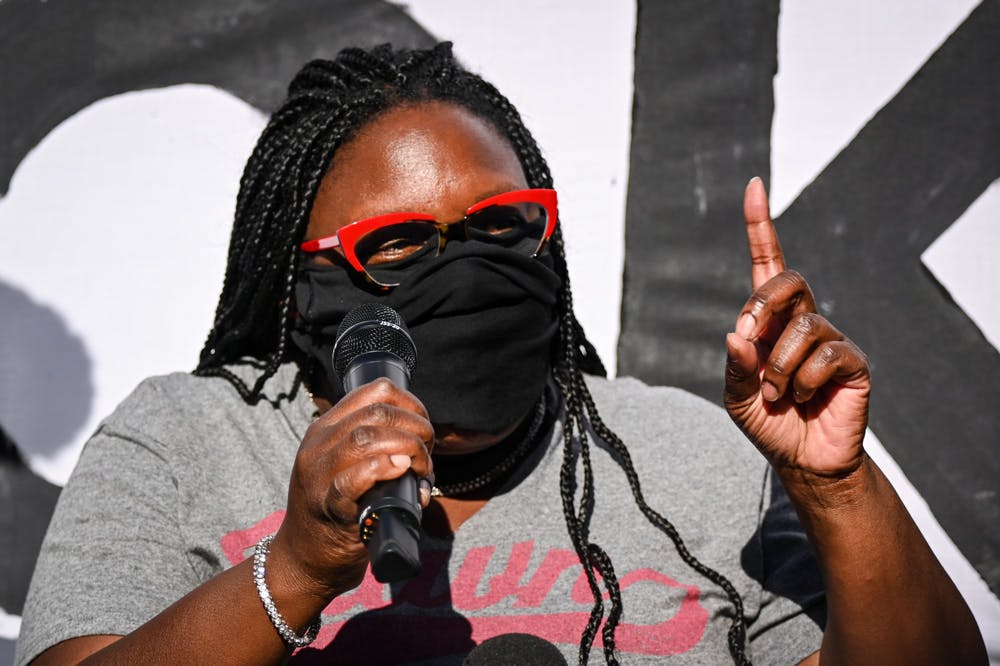 Brooks, a Philadelphia native and Temple University graduate, is a member of the Working Families Party, which advocates for the rights and prosperity of the American working class. Brooks is the first candidate outside the two major parties to win one of Philadelphia’s at-large council seats since the legislative structure was modernized in 1919.

In her discussion, Brooks described the necessity of civic engagement — which is Penn’s 2020-2021 academic year theme — in tackling issues faced by Philadelphia’s minority populations, such as the housing crisis, underfunded schools, and environmental racism. Brooks said that American economic and democratic systems are rigged to favor the wealthy and powerful, and have historically taken advantage of the working class.

“These systems are not built for working people, especially when times get tough,” said Brooks. “The status quo has been failing us, and civic engagement is a cornerstone for dismantling the status quo.”

Having previously worked as a nursing assistant, Brooks spoke on the importance of advocacy in the medical field, especially in the midst of a pandemic that is disproportionately affecting minority communities. Some students who attended the event said they felt inspired by Brooks’ work on the council, particularly given her nursing background.

“It is extremely inspiring to hear that someone with a nursing background is making positive changes in the government,” said Nursing senior and Community Champions co-leader Emily Webster. “Nursing students are taught that we can advocate for people and make a difference in people’s lives in many different ways, whether at the hospital, in the community setting, or in the government.”

During her talk, Brooks spoke about her life experiences that pushed her to join the Working Families Party, including losing her job at a disability service nonprofit as well as her house due to budget cuts by the Pennsylvania state government. She said that this drove her to advocate for fairer treatment of unions and working-class individuals.

“Her lived experiences gave her the power to change the lives of communities. She continues to give that power to the people and, to me, that is inspirational,” Edwards said. “She doesn’t just talk about change — she’s made it happen and continues to make it happen. The passion and conviction in her voice sounds like she isn’t done yet.”

At the end of the talk, Brooks posed a question to the nursing students, asking “Now what?” to encourage them to become and remain active in civic engagement. Brooks remarked that civic engagement and economic reform should and must include students and youth, whom she sees as a pivotal part of activism.

“I am glad to know that Councilmember Brooks and the Nursing school can serve as resources to help students contribute to social justice efforts and stay engaged in community service,” Chung said.

Brooks concluded the talk by proposing a partnership between herself and the Nursing School. She said she will reach out to Nursing School organizations when organizing certain activist events in West Philadelphia.