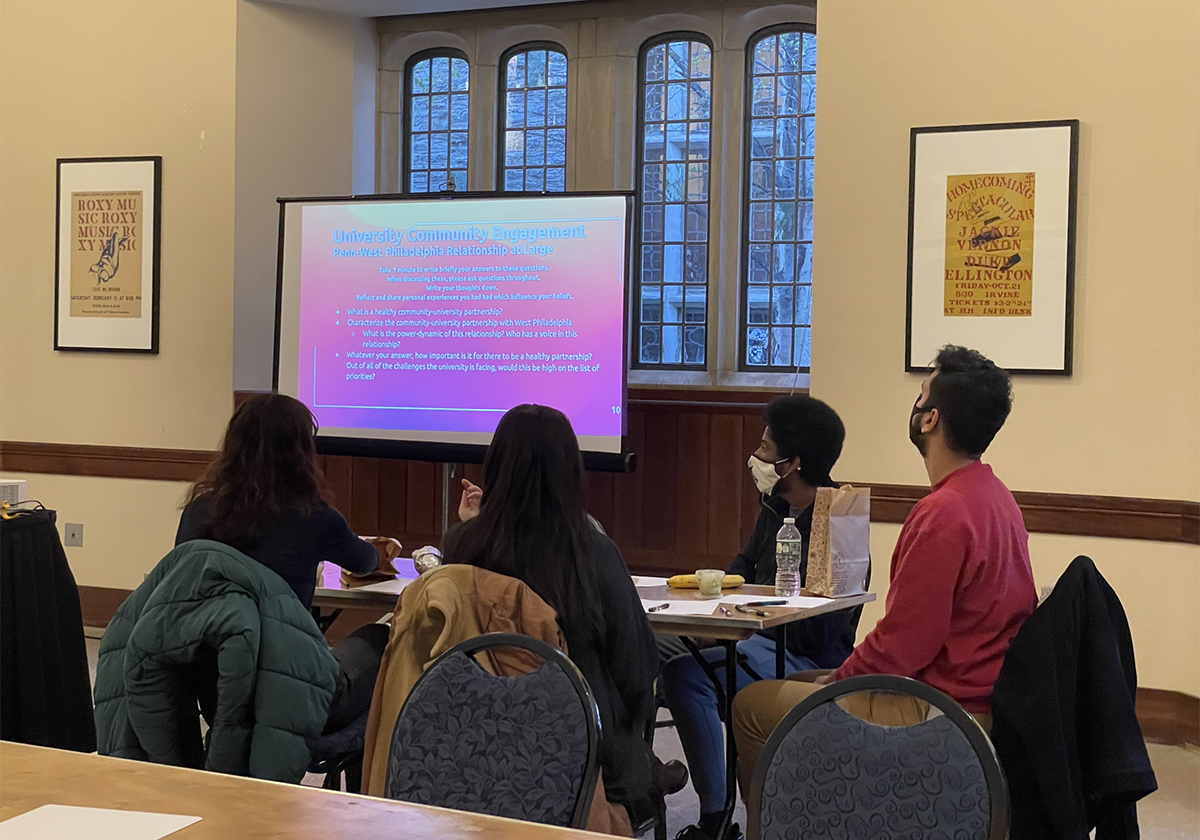 Students at the University Community Engagement: A Dialogue Amongst Penn Students Involved in Community Work event.

Utilizing the SNF Paideia Small Grant Program, I hosted the event “University Community Engagement: A Dialogue Amongst Penn Students Involved in Community Work.” This event was an opportunity for Penn student leaders in community work to engage with one another and reflect on the relationship between the University of Pennsylvania and the West Philadelphia/Philadelphia community. Based on my active involvement with community work on campus, I felt that there were not many opportunities for students involved in this work to talk about their work and reflect on it with their peers. The purpose of this dialogue event was to provide a space for that to occur. There were a variety of goals for this dialogue event, that participants could (1) connect with other students involved in community work and reflect on different community engagement methods being used across campus, (2) reflect on their role in the Penn and West Philadelphia community, (3) reflect on their own work and how it relates to the values of university community engagement, (4) discuss future steps in increasing collective agency among engaged students to strengthen Penn-West Philadelphia/Philadelphia relationships.

The dialogue event was structured where participants would break up into small groups and answer and discuss three different sets of questions to stimulate an open and reflective environment. Following this discussion, groups would then share interesting things they talked about, and we would engage in a whole-group conversation. Utilizing dialogue techniques learned from SNF Paideia Post Doc. Fellow Sarah Ropp, students were given paper and pens to write out their stream of consciousness for the first two minutes after receiving the questions and then begin dialogues with one another. As a facilitator, I played more of a passive role during the small-group discussions, letting each conversation go in whatever natural direction. Then I played more of an active role in the whole conversation, where I would call on different groups and expand upon the ideas mentioned. Throughout the discussion, students were very engaged in various conversations with one another. After the event, many people expressed that they really enjoyed the dialogue event and having a space to talk about and reflect on their engagement. Multiple people asked if I was planning to continue and host more of these events and expressed that they would be interested in attending more.