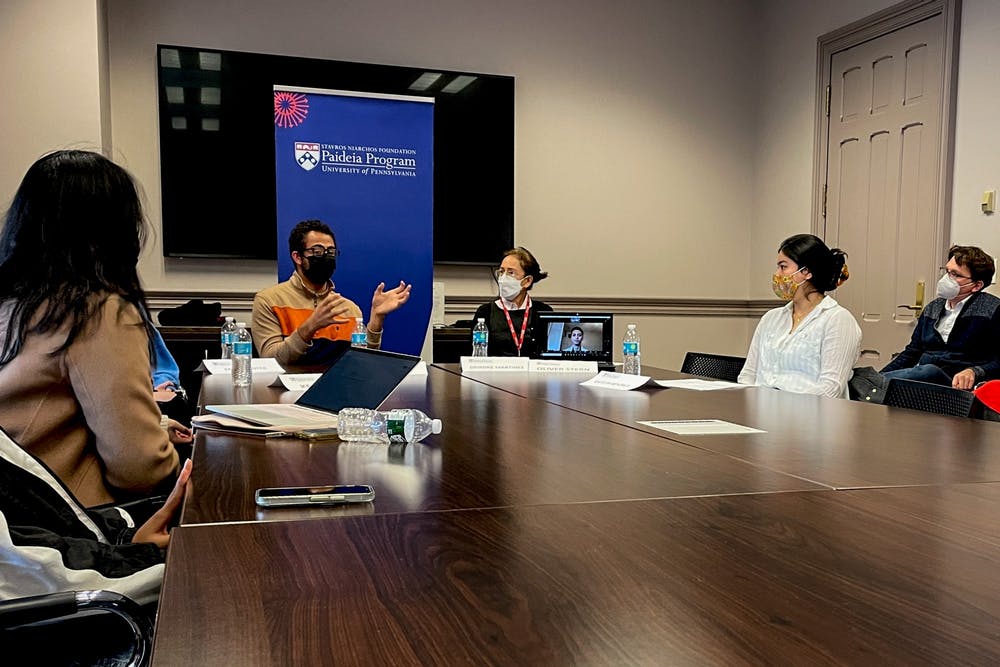 Lia Howard, the student advising and wellness director for the Paideia program, said the event was planned around a book recently published by Rentala titled “The Public Sector Pivot: How Gen Z Will Lead a Renaissance in Public Service.” The book discusses Rentala’s view of how the public sector talent pipeline can be improved.

The panelists began by discussing their experience moving between private and public sector internships. Rentala, who worked at a Washington, D.C. consulting firm last summer, said the recruiting process for that role occurred much earlier in the year than for her TechCongress internship as part of the Penn in Washington program in spring 2020.

Rentala and the other panelists said it is common for public sector jobs to recruit later in the year and closer to the start of the actual internship, emphasizing that policy jobs are built more upon networking and “cold calling” potential employers than private sector jobs. Kanter, who interned at gender equity advocacy group Girls Inc., said public sector job openings are often dependent on funding and grants received on short notice, such as with nonprofit organizations.

Stern said that any experience gained in the public sector “puts you ahead of the game” when brought to the private sector later on. Zhou agreed, saying this was beneficial to him as an engineer who learned public communications skills during an internship at the Miami Department of Innovation and Technology and was then able to talk to “regular people” about the implications of complicated technology issues.

“Twenty-five percent of college students rank government as one of the three areas of interest they want to go into past graduation. And yet only two percent actually do after graduation,” Rentala said, regarding the hypothesis for her book.

The panelists sought to dispel what they described as misconceptions about the public sector, including the refusal to change one’s views and bureaucracy. Stern said that responsibilities at public sector internships tend to be less constricted than at private sector internships. As an intern in the Department of State this semester, he said that he quickly moved up from administrative work to larger projects, meeting with the assistant secretary of state once a week.

“The only job you need a resume for in D.C. is the first one. After that, it’s just your reputation,” Martinez said.

Martinez encouraged students to pursue varied internships rather than just those with the biggest name brand to gain institutional knowledge and a better idea of the impact they want to make.

Panelists also stressed the importance of using MyPenn, the University’s alumni network. Martinez noted that the Penn in Washington weekly email includes internship opportunities, and Rentala encouraged students to sign up for the email lists for the United States House and Senate internship bulletins.

Howard said that the Paideia program, created in March 2019, is looking forward to holding additional events to educate students about the public sector on both an intimate and larger scale.

College sophomore Ted Davis said he attended the event because he is interested in challenging how people think about careers and what is a worthwhile path after graduation.

“It’s nice to see that there are students who are interested in [the public sector] and interested in talking about it in ways that other parts of campus definitely don’t,” Davis said.