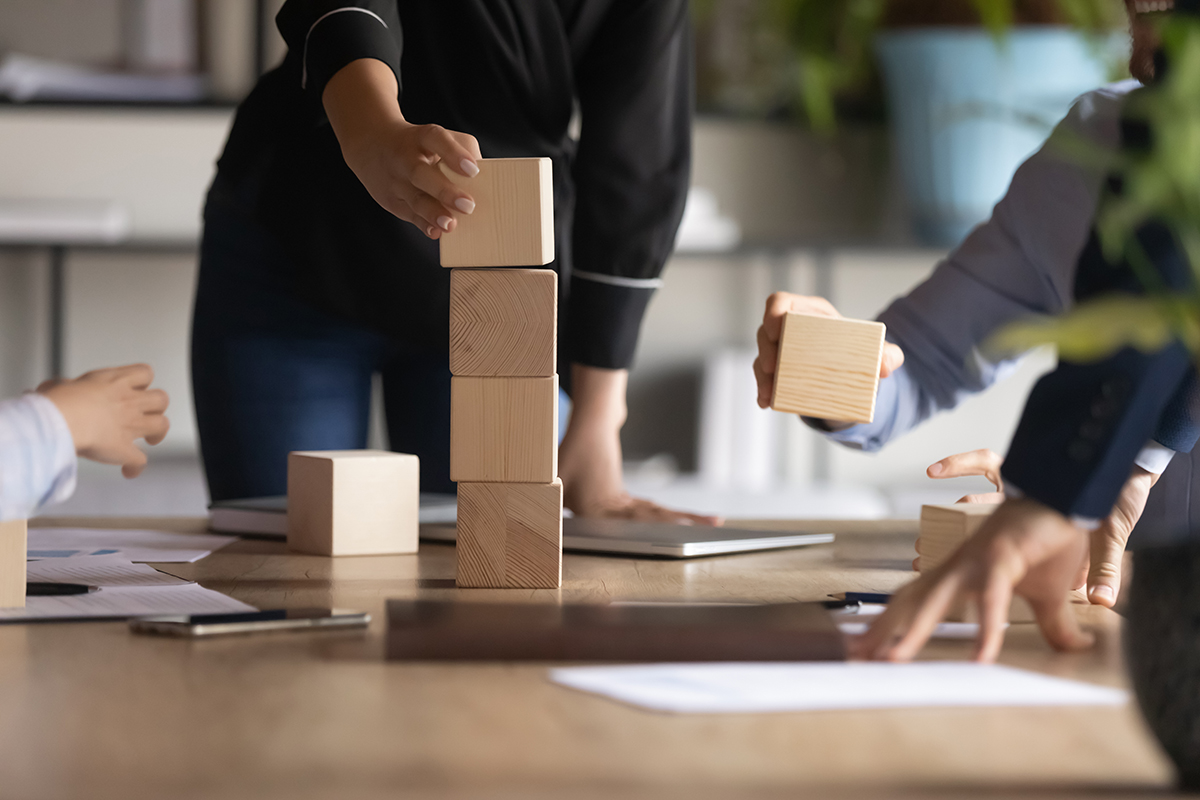 One way to think about this first core principle for designing and executing a public civil dialogue is: Don’t set people up for a “Peggy Lee moment.” Don’t ever leave them thinking: “We gave up all this time and put all this energy into your project … for this?”

Since 1995 the two of us have individually and collaboratively been leading dialogues meant to help communities and organizations find useful solutions. We’ve had a lot of successes, in our home state, in other places across America, even in Canada. A few of our ambitious projects, though, unfortunately left participants gripped by the Peggy Lee question – and us with no good reply.

Those painful experiences instilled in us a horror of asking people to give us their time, their candor, their efforts, their bravery – only to have to tell them at the end, “Well, it was really just ‘all talk.’ We’ve got nowhere useful to go with everything you told us.”

People who dismiss civil dialogue efforts as just “all talk” do have a bit of a point, we confess.

All too often public dialogues are launched with good intentions but lots of naivete. They lack a clear plan for how the conversations will build toward some meaningful outcome, decision, or solution. They do smack of “talk for talk’s sake.”

Now, talk can have intrinsic benefits, in opening individuals’ minds up to new thoughts, new empathy.

Still, convening public dialogues with diverse participants is a lot of work. You should want to achieve more for all that effort than just some psychic benefits for some participants.

Examples of what can go wrong

Here’s an example of our own work falling into the Peggy Lee trap:

In 1999, working with money from the Pew Charitable Trusts, we organized Citizen Voices, a yearlong public dialogue about a closely contested Philadelphia mayoral race. We did dozens of public forums, identifying the issues most on voters’ minds. We wrote multiple pieces for the Philadelphia Inquirer laying out how voters were thinking about issues and what questions they most wanted the candidates to address – and how.

We held a big, televised debate on Channel 6 (just ask any Philadelphian about what a big deal Channel 6 Action News was back in the day). The questioners were drawn from the ranks of the Citizen Voices. They peppered the candidates with questions that had been proposed and framed by the group. WHYY public radio did a “post-game” show on the debate.

So, it’s not like Citizen Voices produced no “actions” or had no impact. The project clearly improved the quality of issue discussion and journalistic coverage during the campaign. It influenced who the Inquirer endorsed and why.

But, when it was over, a substantial core group of the Citizen Voices gathered at the Inquirer to ask us: “So what’s next? How do we work together to advance the issues we came up with from Citizen Voices? How do we hold the people we just elected accountable?”

And we had no good answers for them. The grant money was gone. We had to go back to our regular day jobs. The voters stared back at us in frank disappointment.

Examples of what can go right

We swore never to commit one of those again. Never again would we get so focused on the mechanics of holding good dialogues that we forgot to think through their ultimate point – helping communities and organizations brew good solutions and put them into practice.

When we next got a crack at a lively mayor’s race, in Philly in 2007, we were prepared. From the start, we were clear both with voters and candidates that, not only would we hold community forums (dozens and dozens) and debates (more than dozen, for mayor and City Council) and publish articles in the paper (hundreds), the Great Expectations project would also craft and publish a Citizens Agenda for the City of Philadelphia. We would push the new mayor and Council to respond to it and, we hoped, embrace it.

It was clear that Great Expectations, which operated on about four times the scale of Citizens Voices, helped shaped the outcome of that mayor’s race, which was won by a young progressive reformer who’d started out fifth of five in the polls. The Citizens Agenda was rolled out at December event at the city’s convention center. The event drew 400 people, despite a morning snowstorm. One of them was the mayor-elect, who gave a speech in which he embraced the Citizens Agenda as his own.

Next came the follow-up to Great Expectations, another year-long set of community forums that helped the new administration design and launch one of the big ideas that had emerged from the agenda – a 311 call-in system to report quality of life problems in neighborhoods to the city government, with standards for response times and accountability.

This second time around on a mayor’s race, Peggy Lee was nowhere to be found.

A side note: This is not to say we never backslid. After Superstorm Sandy, a New Jersey foundation invited us to lead a series of community forums on how New Jersey should rebuild from the storm – same as before, in a more resilient way, or by withdrawing gradually from its fragile coastline.

This was a nice piece of dialogue work, with hundreds of Jersey Shore residents flocking to libraries and church halls for rich discussions. But no one on our project team ever got Gov. Chris Christie or state lawmakers to commit to paying any attention to what we came up with. Our report swiftly sank beneath the waves. To this day, we regret that waste of Garden State residents’ time and good will.

5 Tips on how to design talk to lead to action

OK, so here’s what we think we’ve learned about designing talk to lead to action from these experiences (with a postscript on its application to one-on-one, more personal dialogue):

Over time, we’ve gravitated to the idea of “principles” as an effective tool for summarizing guiding ideas and desired outcomes.

Citizens rarely have the time, the information, or the technical knowledge to make the exact decisions required of a leader, whether it’s a mayor or a corporate CEO. What they can do, if you give them time and help, is articulate a series of principles – touchstone values or rules of thumb – that they’d like their leaders to uphold every day as they make the myriad decisions that leadership entails.

Over the years, we’ve created such sets of principles to help:

Such principles can serve as a North Star keeping an organization on course through rough seas and dark nights.

Even though you may not remember Peggy Lee, she was once an American icon – the inspiration for both the margarita and Miss Piggy.

We’d prefer for Ms. Lee to be remembered for those things, not for providing the perfect lyric to summarize moments when a civil dialogue initiative falls pathetically short.

These concepts also can apply to personal conversations and dialogues.

Always go into these exchanges with an idea about what next steps or outcomes you’d like to see follow the conversation. Don’t do anything during the conversation to jeopardize that outcome.

The outcome could be as simple as: We’ll agree to keep talking. Or: We’ll each write down and share a list of possible steps we’re willing to take to address a problem. Or: I’ll go back to that thing I wrote that angered you and rewrite it in light of what I’ve learned and realized thanks to this conversation.

Talk with a purpose that goes beyond mere venting and let that purpose steer you away from statements or behaviors that would make the conversation run aground in acrimony.