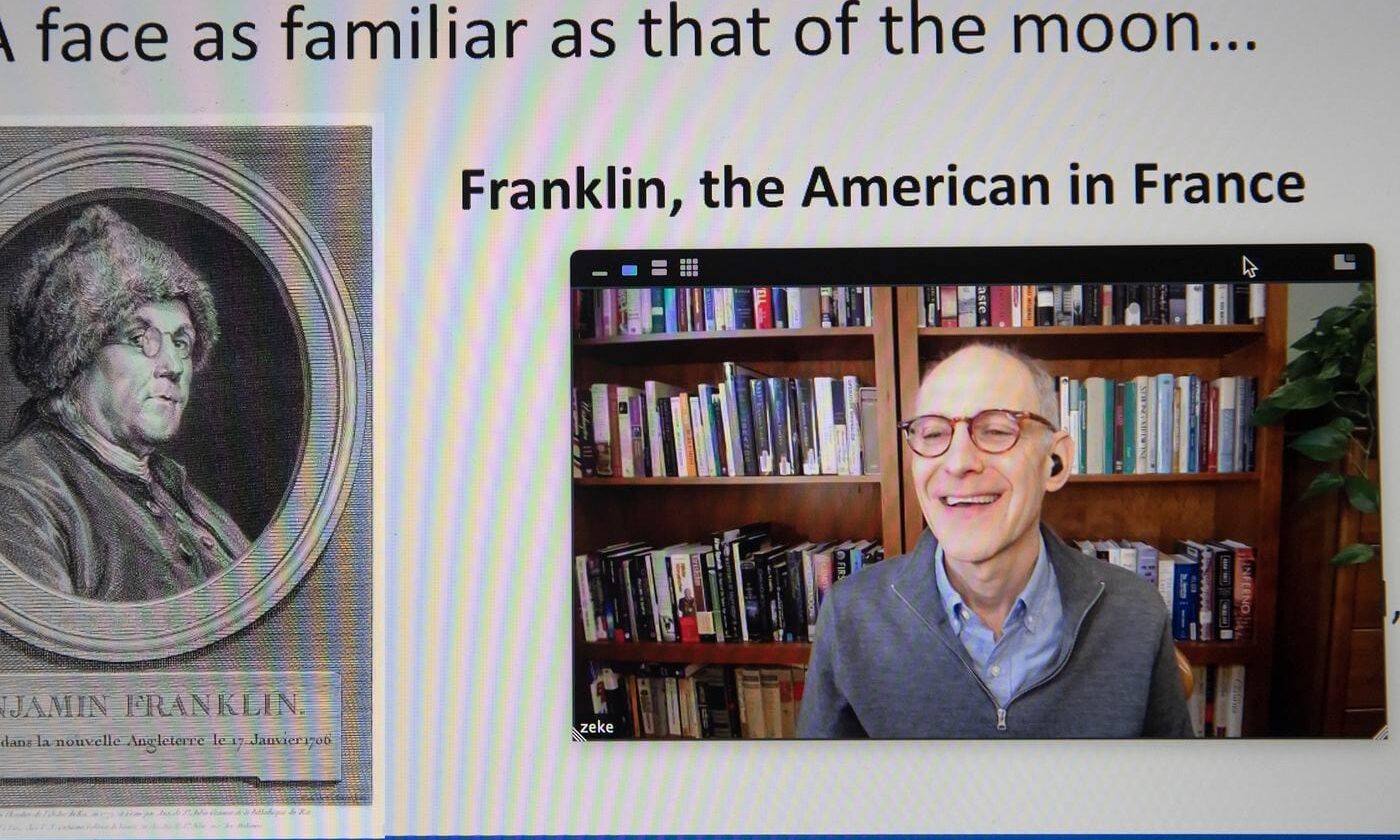 But Ezekiel J. Emanuel, a nationally known bioethicist who joined Penn’s faculty in 2011, couldn’t find a campus course devoted solely to the life of Penn’s founder, one that focuses on both his extraordinary and versatile achievements and moral challenges.

So last week, he started teaching one.

“He’s our founder. We have to have a course,” Emanuel said in an interview Thursday, hours before he taught the first class, which drew nearly 30 students on Zoom.

The course, Benjamin Franklin & His World, is part of a civic engagement program at Penn. Students will read, attend lectures, write papers, go on virtual field trips, and even keep a “moral diary” as Franklin did.

“We can learn so much from studying historical figures, even if they were not perfect,” said Jaden Cloobeck, 21, a junior from Laguna Beach, Calif. “We can learn from their triumphs and shortcomings.”

Cloobeck said he sometimes walks the campus’ Benjamin Franklin Way, where the founder’s quotes are carved, and recites them. His favorite? “Diligence is the mother of good luck.”

Emanuel’s course will touch on Franklin as inventor, scientist, politician, and printer. But it will also explore his time as a slave owner and later an abolitionist. It will look at his borrowing of words and passages from others and whether that would constitute plagiarism today. And it will explore the man’s moral evolution.

While some campuses, including Princeton, have stripped the name of controversial historical figures from buildings or removed statues, the class will explore how Penn should think about Franklin and how he’s the same or different from other figures.

“Hopefully, we’ll all come to a more subtle understanding of some of these controversies and I hope a more nuanced view,” Emanuel said. “We’re not going to necessarily all agree, but I do want us to think hard about all these judgments we make.”

Emanuel, a professor and vice provost for global initiatives, is perhaps best known for his work in medicine. He most recently served as a member of President Joe Biden’s coronavirus advisory board during the transition, and had previously been a health-policy adviser to the Obama administration. He has lectured on bioethics and end-of-life care, and last semester taught a course on the future of the American health-care system.

But he’s also a political theorist and scientist and has a doctorate in political philosophy from Harvard, as well as a medical degree. It was his own curiosity that spurred him to start the Ben Franklin course. After he arrived at Penn in 2011, he said, he frequently heard people quoting the founding father. He read an autobiography about him and liked it so much, he read another book. Then he wanted to take a course to go even deeper and asked an assistant to find one at Penn, he said.

When nothing turned up, he asked the assistant to check other Ivy League schools and found only one that had been held at Harvard years earlier.

Students enrolled in the class said they were eager to learn more about Ben Franklin since they arrived at Penn, having lived in a city so steeped in his history. One student showed off a Ben Franklin bobblehead that her mother had given her.

“Franklin’s story is one of nuance, mystery, and intrigue, and such a figure of force in the ethos of Philadelphia’s history and legacy,” said Benjamin Banker, a senior from Rye, N.Y. “I want to use my last semester at Penn to finally learn more about him and the history of this city and nation.”

Other students also hoped to learn lessons applicable to their lives.

“I can’t wait to analyze and discuss the moral character of great leaders like Franklin and learn how to lead my own life with a good moral conscience and regard for the dignity of others,” said senior Gabrielle Hemlick, of Lancaster.

Emanuel ended Thursday’s class by noting that Franklin had made eight trips to Europe, at a time when boats were smaller, the ride rockier, and the trips much longer.

Derek Nhieu, 19, a sophomore from The Villages, Fla., said he had never thought of Franklin as a young man, and was surprised to hear Emanuel mention that he had been “a ladies’ man.”

Franklin’s swimming prowess was another eye-opener. He could swim several miles.

“I don’t even know how to swim,” Nhieu said. “That was just insane to me.”