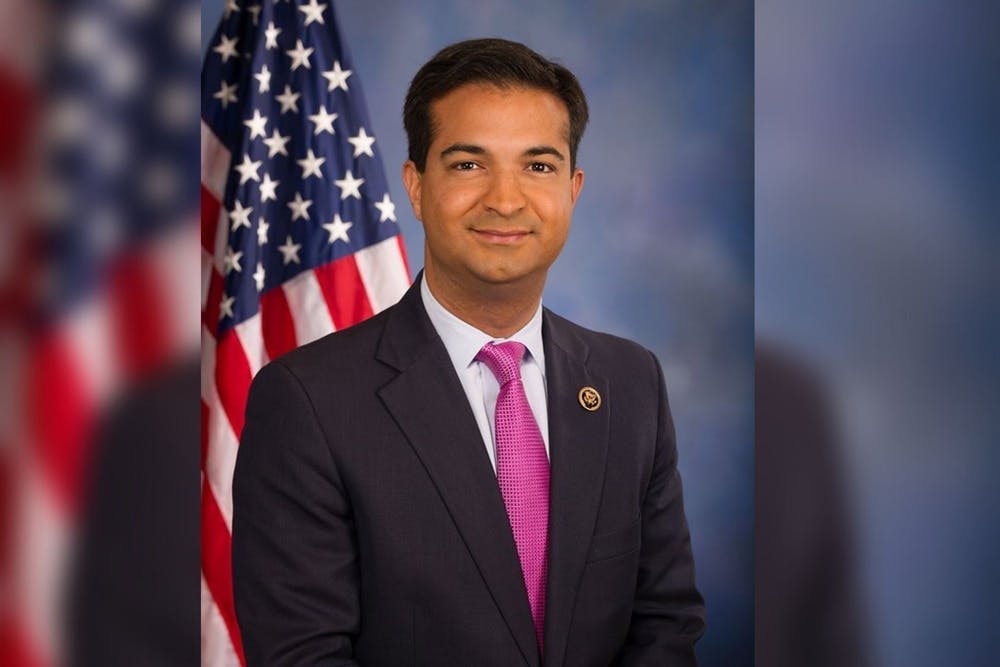 Former Congressman Carlos Curbelo of Florida spoke at the Future of American Conservatism and the Republican Party event on Apr. 6.

Curbelo, who holds progressive positions on climate change and immigration compared to many of his former Republican colleagues in Congress, offered a critique of congressional Republicans and discussed his predictions for the future of the GOP. Students said they were impressed with Curbelo’s candidness during the event, which was the second part of the Stavros Niarchos Foundation Paideia Program’s speaker series titled the Future of American Conservatism and the Republican Party.

The event included an introduction from Curbelo and a question and answer session moderated by scholar in residence Brian Rosenwald. Curbelo also participated in an interactive Q&A session with the nearly 30 students in attendance who asked about a wide range of topics, including whether the Republican Party will move towards less restrictive immigration policies in the near future.

“Politically speaking, I don’t think Republicans have much incentive to move away from restrictionist immigration policies, at least for now,” Curbelo said at the event.

He added that the Republican Party should make immigration policies less restrictive, encouraging his colleagues to remember that immigration has to do with human beings, not goods. Curbelo has previously expressed support for finding a pathway for citizenship for Dreamers, young immigrants who came to the United States as children.

Curbelo warned students at the event that they should not assume — as Democrats have for almost two decades — that immigration is the most important issue for all Latino voters.

Although some of the students who attended the event disagreed with many of Curbelo’s political standpoints, they said they were excited to hear his perspective.

College senior Remy Gwertzman said she attended the event to learn more about the future of the Republican Party for her class HIST 204: American Conservatism from Taft to Trump, which is taught by Rosenwald. The seminar provides students with the opportunity to attend talks with conservatives in politics and the media outside of class.

Gwertzman said that Curbelo shared a “really honest perspective” about the inner workings of the Republican Party.

“I definitely identify as a liberal or a Democrat and I think it’s hard right now to hear from responsible Republicans,” Gwertzman said. “There’s not that much access to hear about ideas within the GOP right now.”

She added that she felt hopeful after hearing from someone who had a plan for the future of the GOP, because she believes it is important to have a strong Republican Party in the United States.

Curbelo’s concluding remarks emphasized the importance of younger generations in shaping the future of U.S. politics.

“I thought [Curbelo] provided some great insight on the trials of bipartisanship in a nation more divided than it ever was before,” College junior Zach Leder said. “His parting message, in which he implored us to be the agents of change in the future, really stuck with me and gave me hope for the future of politics in our nation.”