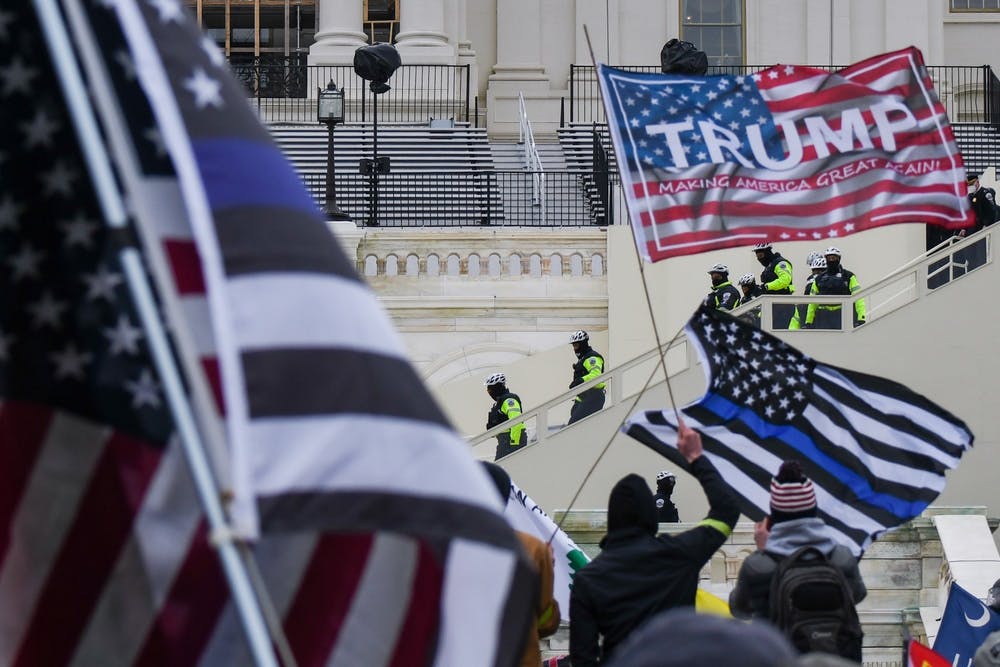 The Stavros Niarchos Foundation Paideia Program event, titled “The Future of Conservatism,” featured GOP pollster and Fox News contributor Kristen Soltis Anderson, “Never Trumper” journalist Jonathan Last, and former top aide to former Vice President Mike Pence Olivia Troye. Sen. Ben Sasse (R-Neb.), who voted to convict former President Donald Trump in the recent impeachment trial, was also set to appear, but dropped out due to an increase in work following the trial. The panelists blasted the party and Trump for his actions during his time in office.

The Zoom discussion was sponsored by the Red & Blue Exchange, a new SNF Paideia initiative that aims to promote civic dialogue and a “robust exchange of divergent views.”

Troye, a 1999 College graduate, quit her job at the Trump White House after spending years in GOP politics, working at the Republican National Committee and as a Pentagon aide to George W. Bush. She spent two years working as a top aide to Vice President Mike Pence — including serving on the COVID-19 task force — before quitting and becoming an outspoken critic of the administration’s pandemic response.

“I couldn’t spend so much of my career saying that I’m protecting and working to protect Americans, and then be hypocritical at one of the biggest crises, which is this pandemic,” Troye said.

She described the Republican Party as the party of “hatred,” and said she did not want to see more “MAGA people” in office.

Last, executive editor of The Bulwark, a news source for “Never Trumper” conservatives, described the GOP as “objectively pro-authoritarian.”

Solstis Anderson expressed hope that the Republican Party could move beyond Trump, especially given the weak polling numbers on his popularity. According to a Morning Consult poll conducted at the end of January, 50% of GOP voters said Trump should play a “major role” in the Republican Party.

Trump supporters, conservatives, and Republicans are not identical groups, Soltis Anderson said, pointing to data from her polling firm, Echelon Insights. Only 52% of conservatives also consider themselves to be strong Republicans, she said.

Soltis Anderson said she remains doubtful that there will be space for a more moderate conservative voice in American civic life.

Last said he believes the next Republican leader will likely be to the political right of Trump, perhaps a member of his family or a charismatic cable TV host.

“And that’s why I think we’re all doomed,” he said.

Last said, however, that the growing urbanization of the United States will help Democrats win more elections in 10 years. He said that, while Republicans can’t get more popular, they are in “good shape to gerrymander themselves a few more seats.”

Despite the Republican Party losing control of both the presidency and the Senate, they retain significant power over redistricting, due to their success in state legislatures, where redistricting is at stake.

Former WHYY journalist and civic engagement consultant Chris Satullo, who moderated the event, told The Daily Pennsylvanian that there is a particular need for dialogue about conservatism in liberal-dominated college environments.

“There are fewer organizations on campus likely to debate this conversation,” Satullo said.