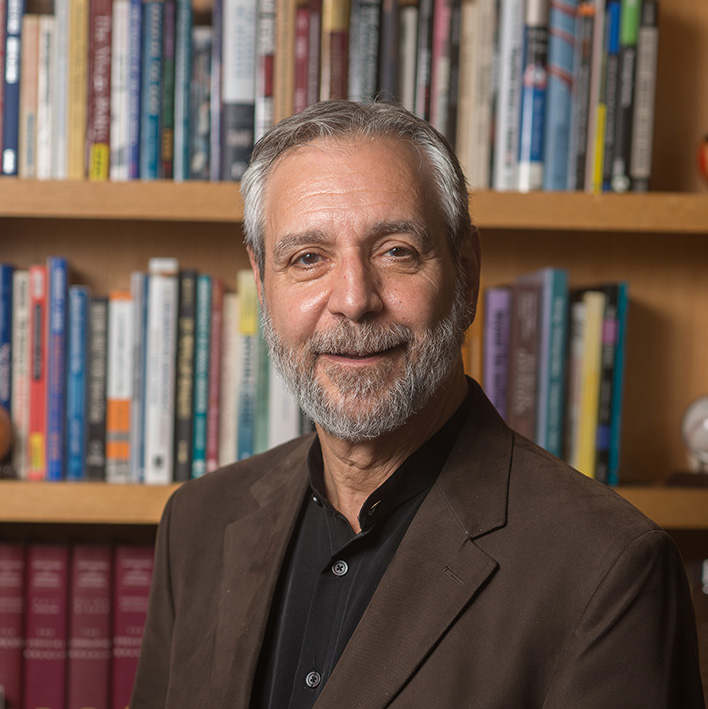 Michael X. Delli Carpini, newly appointed Faculty Director of the Stavros Niarchos Foundation (SNF) Paideia Program at the University of Pennsylvania wants to bring the practice of citizenship into our “real lives.”

Launched in March 2019 with a $6 million grant from the Foundation, the SNF Paideia Program is designed encourage the development of citizen-leaders and to rekindle civil discourse. It draws inspiration from the ancient Greek concept of “paideia,” which entailed education of the whole person as a democratic citizen-to-be. The program aims to engage the whole student body at Penn and communities beyond campus by offering a number of entry points including public events, academic courses, and more.

In its efforts to reinvigorate civic engagement, the project of the Penn program parallels that of the SNF Agora Institute at Johns Hopkins University, established in March 2018.

With Professor Delli Carpini’s appointment as Faculty Director, along with that of Dr. Leah Seppanen Anderson as Executive Director, the SNF Paideia program is beginning to take on a more concrete shape.

We asked Professor Delli Carpini about his goals for the program and how he envisions its impacts.

Q: What do you see as the primary aim of the SNF Paideia Program?

Michael X. Delli Carpini: At the heart of this new program is the goal of providing Penn undergraduates with the skills, knowledge, values, and experiences necessary for engaging in civil, informed discourse with those with whom they disagree. Our aspiration is that doing so will produce citizens and leaders who can effectively bridge social, cultural, economic and political divides in their personal, professional, and civic lives.

Q: What do you foresee as the greatest challenges in achieving this aim?

Delli Carpini: We live in an era in which the public issues we face – locally, nationally, and globally – are daunting, even unprecedented. At the same time, political leaders and the public are divided into entrenched camps that talk past each other in ways that are often untethered from agreed upon facts or values.

Given these stakes and conditions, I worry that the very idea of civil discourse across ideological and demographic divides can seem quaint or naïve. The key, I think, is to advance a robust, “muscular” notion of civility that is compatible with disagreement and passion, but that foregrounds the importance of mutual respect, reasoned deliberation, community, and a solutions-oriented approach to the many wicked problems we face.

Q: Tell us about the links between your work and the mission of the SNF Paideia Program

Delli Carpini: In my 40 years as an academic, my research and teaching has focused on a number of specific issues: generational differences in political attitudes and behaviors; the sources and consequences of an ill-informed public; the impact of digital and social media on politics; the political relevance of popular culture; and the importance of political talk and public deliberation in politics. Connecting all these topics is an overarching interest in the role of citizens in democratic societies, and the factors that facilitate or inhibit this role. I feel as if my whole career has been preparation for leading this exciting new program!

Q: In many ways, the new program represents an extension of Penn’s longstanding focus on developing certain habits and values in its students. What will it offer students that they aren’t already gaining from a Penn education?

Delli Carpini: It’s true that the civic mission of higher education is very much part of Penn’s DNA. We have a number of important centers, programs, and organizations across the University that emphasize various aspects of this mission. Indeed this is one of the reasons why I think Penn is the perfect home for the SNF Paideia Program. A goal of the program is to build on, collaborate with, network, and leverage these existing entities to make the Penn undergraduate experience greater, and more meaningful, than the sum of its individual parts.

Beyond this, however, the Paideia Program is unique in its emphasis on “educating the whole person.” An important aspect of this is to identify and implement creative ways to weave together a focus on wellness, service and citizenship. Too often one’s civic identity is seen as distinct from one’s personal or professional identities, and a community’s civic health is seen as different from the personal and professional health of its members.

If successful, the SNF Paideia Program will integrate these identities – that is, make apparent that we are all always simultaneously individuals and members of communities, and that our attitudes and actions, and the values and ethics underlying them, always affect both. I also think this makes the practice of citizenship less like something we do outside of or in addition to our “real lives” – which can be exhausting and intimidating – and more like an integral part of living a good and fulfilling life.

Q: The SNF Paideia Program responds to national and international trends in public life. How will the program have impacts beyond the Penn community?

Delli Carpini: While our focus is on educating Penn students, we can’t do this if this if it does not include interacting with the world outside of Penn. In addition, the SNF Paideia Program will not have fully succeeded if our impact is limited to campus.

We hope to achieve this larger impact in a variety of ways. For example, a new Paideia course we will offer in the spring semester – “Can We Talk” – will train students in the art and science of public deliberation about contentious public issues, and then have these students moderate discussions that will include invited participants from off campus. Another new course – “The Grit Lab” – will teach students about the importance of passion and perseverance for achieving one’s long-term and meaningful goals, and then have the students pass these lessons on to high school students.

We will also sponsor local, national, and international internships where Paideia Fellows will have the opportunity to both learn from and contribute to the work already being done by existing organizations.

Q: What will success look like for the SNF Paideia Program?

Delli Carpini: From my time working for a foundation, I have come to think about success in terms of both outputs and outcomes. The former are more straightforward and easier to measure, but still important: developing and offering up to 12 University-wide undergraduate courses a year that focus on wellness, service, citizenship, and civil discourse; curating existing Penn courses that are relevant to these topics; identifying cohorts of 10-15 Penn undergraduates who complete a set of Paideia courses and a final project; sponsoring and cosponsoring events; networking and collaborating with existing organizations and programs; etc.

Outcomes are more long-term and often harder to measure. To my mind, success at this level will include creating a campus culture in which students see their civic education as inseparable from their personal and professional education, and in which civil discourse across ideological and demographic difference is the norm. It will include high school students from across the globe choosing Penn because of this culture. It will include increasing the number of Penn graduates who are informed and engaged citizens, effective civic leaders, and productive and fulfilled members of the local, national and global communities of which they are a part. It will include other colleges and universities adopting the mission and approach of the SNF Paideia Program. And it will include contributing, even if only in a small way, to improving the quality of public discourse, civic life, and democratic practice more broadly.