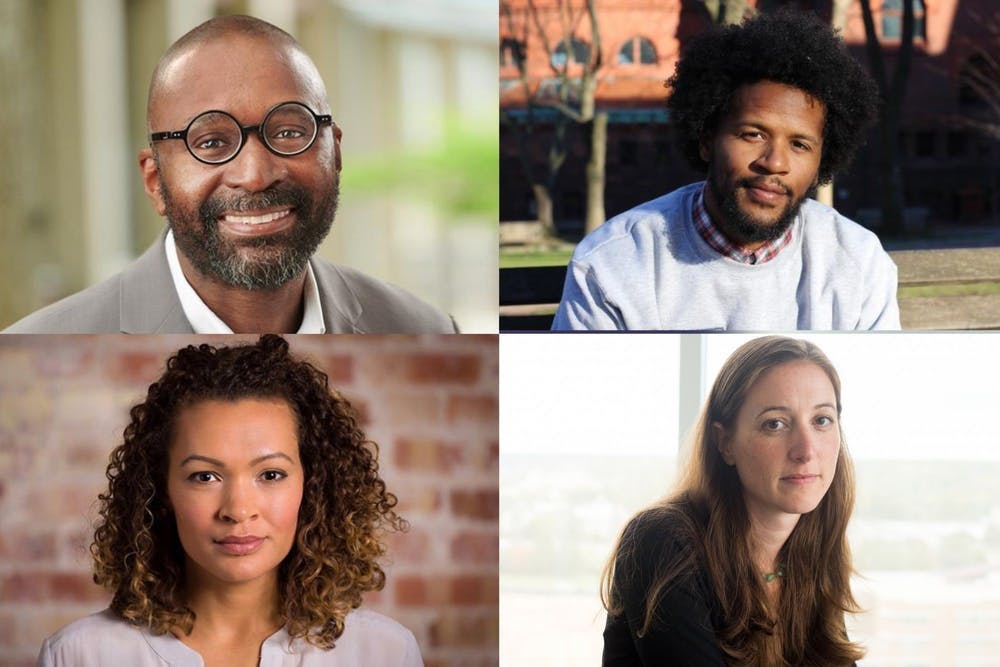 Panelists began the event by discussing media coverage of current events, such as the rise in hate crimes against Asian Americans and the trial of Derek Chauvin, the former police officer accused of killing George Floyd, a Black man who died when Chauvin knelt on his neck for over eight minutes. Jackson Jr. said that it is important for journalists to understand how impactful their articles can be and to be careful about how they choose to tell the story.

Miller said that the structure of storytelling has created a specific narrative of the Black male that ignores the identities and characteristics of each individual. He added that this perception can have long-lasting impacts, such as influencing the neighborhoods in which the real estate industry chooses to invest.

“So much of what we think and believe about racial difference and hierarchy is already baked into [social media, digital media, and mass media], and it’s hard to tease them out,” Jackson Jr. said in the panel.

Jackson Jr. added that there are two narratives of the Black community: one that is mainstream and one that pushes back against the mainstream by creating counter-narratives.

“I think we fall in this trap of reproducing a whole set of outdated claims about how you represent race,” Jackson Jr. said. “We often only are able to translate racial dynamics into representations that are hard and fast — good guys over here with white hats, and the bad guys over there with black hats on full time.”

Jackson said Black journalists face limitations within the field of journalism because the occupational norms are based on white sensibilities. She pointed to the Pittsburgh Post Gazette allegedly barring two Black reporters from reporting on anti-racism protests because they are seen as biased for being Black.

Miller said that many large broadcasting networks, which are largely controlled by white men, have a large influence over what content is shared. Jackson Jr. added that the media is often a reflection of the most powerful individuals in a society.

“The media, which are the most powerful and have the most influence on public opinion and public politics and public conversations, have often been complicit in racialized violence, in racial segregation, in creating racial stereotypes,” he said.

Jackson said that journalists must include a wider variety of sources who are not white and middle or upper class in their stories. When journalists are reporting on police brutality, their sources should include the people who have been brutalized, not just police officers who are often seen as the only legitimate sources, she added.

“Bias has been built in, [and] serves powerful constituencies and serves institutional inequalities that exist across different types of organizations and platforms and part of American societies,” Jackson Jr. said. “We need to dismantle that.”