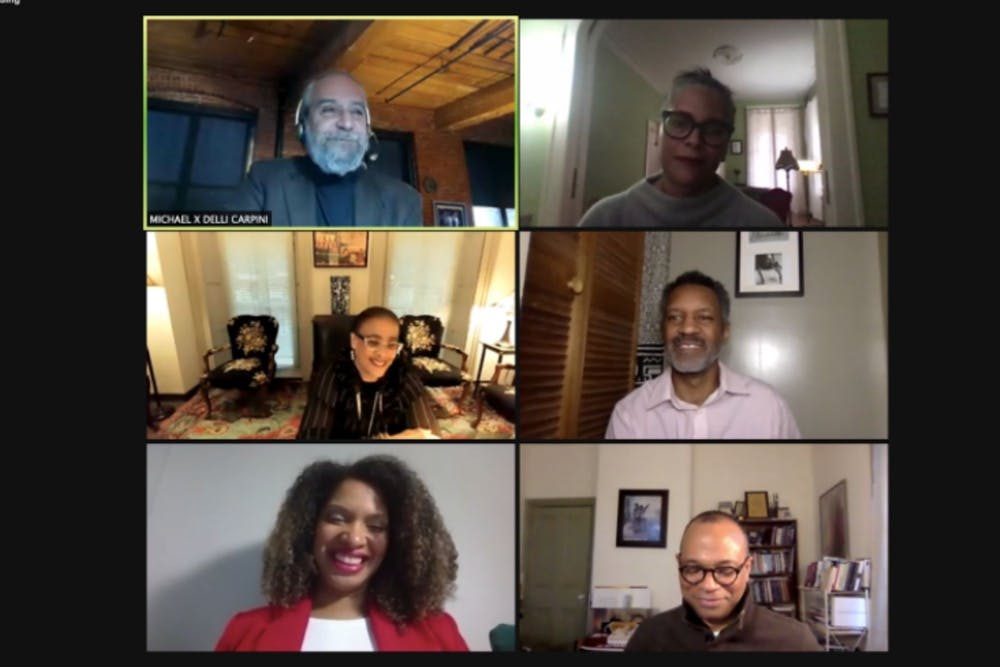 The panelists explained how racism in higher education is a systemic issue, examining the root economic and geographic causes that limit students of color’s access to higher education. Because universities are typically located in middle-class, white neighborhoods, students living in poorer communities of color are isolated from higher education opportunities, Dache said.

About 21% of Black adults age 25 and older have a college degree, compared to 35% of white adults, according to a report from the National Center for Education Statistics.

The impacts of COVID-19 on the economy and unemployment have only increased existing economic disparities between Black students and their white counterparts, Charles said.

“The pandemic has reversed any recovery in wealth disparities from the last economic crisis and so there are huge concerns about what it will cost for current college students to finish, and whether or not the next round of college entrants will be able to afford college the way that they might have pre-pandemic,” Charles said. “That puts a strain on colleges and universities who want to create better access for lower-income applicants.”

Peterson added that the pandemic may also have negative consequences on students’ academic development.

Panelists also discussed how universities should approach conversations of race and racism in the classroom without marginalizing students of color.

“There is an irony in the desire to make classrooms more inclusive, more hospitable to talk about issues that would engage students that normally wouldn’t have been engaged,” Davis said. “At the same time, what is happening actually has the effect of marginalizing students.”

He said that this can be resolved by universities providing more support and developmental activities for faculty across disciplines, reaching the sciences in addition to the social sciences and humanities.

The panelists also discussed how certain University programs have increased inclusivity and improved the experiences of students of color. Organizations at Penn, such as the Penn First Plus Program and Makuu, are two examples of programs that are making progress towards inclusivity, Swain-Cade McCoullum said.

Tuesday’s event was the second of two events focused on the education system and the ninth event in the 13-part series “Racism and Anti-Racism in Contemporary America.” It was hosted by SNF Paideia Program Faculty Director Michael Delli Carpini and co-sponsored by the Office of the Vice President for Social Equity & Community, the Office of the Provost, the Andrea Mitchell Center, Civic House, and New Student Orientation and Academic Initiatives as part of the Year of Civic Engagement.