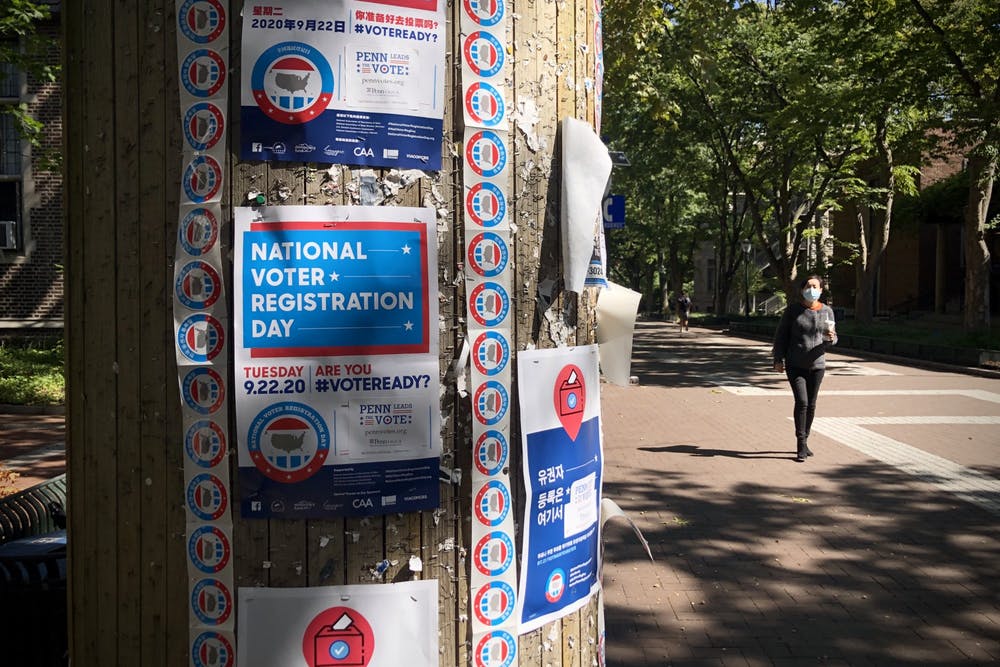 Being handed the “I Voted” sticker is the only concrete memory I have from my first time going to the polls and voting. But there was a rush of pride that I’d never felt before. That day wasn’t just about deciding the fate of a local ballot initiative regarding the use of public parking lots — it was so much more. It resembled an encapsulation of the America that is subliminally understood but willfully underappreciated. It is the greatest relay race in history; every generation has carried the torch of progress through world wars, economic calamities, civil unrest, and unspeakable national tragedies to protect the loudest instrument that we have to actively engage with changing the status quo: our right to vote.

But our generation has seemingly reneged its responsibility to perform its civic duty and participate in elections. The United States has one of the lowest rates of youth voter turnout in the world. The gap between 18 to 29-year-old voters and those over 60 is more than twice as large in the United States than it is in comparable democracies, according to the Comparative Study of Electoral Systems at the University of Michigan. The current assemblage of youth voters is coming dangerously close to being branded as one of the most apathetic voting blocs in modern American history.

But despite our absenteeism, we have never been immune from our election’s consequences. Our generation has only ever known a post-9/11 America. We grew up in the shadow of the Great Recession, endured mass shootings in our schools, and we are currently surviving a global pandemic. While social media posts and participating in a protest for an hour are deserving of some sort of small praise (albeit the same admiration afforded to a high school student’s ability to read a simple noun), these actions must not be considered our sole democratic obligations. After all, tweets are not mandates to our elected officials, and have little bearing on the decisions that become tangible policy changes.

Our inaction is contributing to the demise of accurate representation in the great halls of our nation’s legislative and executive bodies. Without participation by this large sector of the American electorate, our democracy is merely a disguised gerontocracy; in other words, a state governed by the elderly. This creates a moral problem: legislators are making decisions for future generations, the consequences of which they will not have to bear themselves.

It is nearly impossible to make a nonpolitical case for getting people to the polls because the action itself is political. But decisions are ultimately made by those who show up. It is simply not enough to support or oppose issues privately or in the public sphere if it is not translated into a filled-in bubble on a paper or electronic ballot. Quite simply, if you don’t exercise your right to vote, then you lose your right to complain about the outcome. I could ramble on about the civic duty that we have as American citizens or the privilege that we have to be able to vote when billions around the world will never know what it is like to have their voice heard in government. But these arguments have not worked to generate the turnout from young Americans necessary for accurate representation. So let me leave you with this thought: While politics may be inconsequential for you, it most definitely is not for someone else. Poverty, national debt, the ongoing fight for equality for all Americans, the nation’s response to the pandemic, and so many other issues that impact every American both visibly and silently, are on the ballot.

We are experiencing levels of polarization and antagonism that have not been seen in this country since the secession of the South. But the inability to agree on policy should not detract from our fundamental belief in our ability to shape the future of this country. Despite all the tragedies that we have experienced (and prideful highs only being met with crushing lows), the enduring American belief in a “more perfect union” has helped our nation overcome our darkest moments and emerge into periods of greatness. And I can only hope that our collective spirit of triumphant progress compels you to translate your vision of what a better America is into your vote at the polls.

In honor of National Voter Registration Day, it is imperative that you register to vote so that your vision is represented when all the votes are counted. Whether you decide to vote in your home state or in Pennsylvania (if you are residing on or near campus for the fall semester), register to vote at pennvotes.org/register. It only takes a few moments to register, but the effect of your vote is everlasting.

OLIVER STERN is a College sophomore double majoring in Political Science and History. He is also a member of the inaugural cohort of SNF Paideia Fellows.