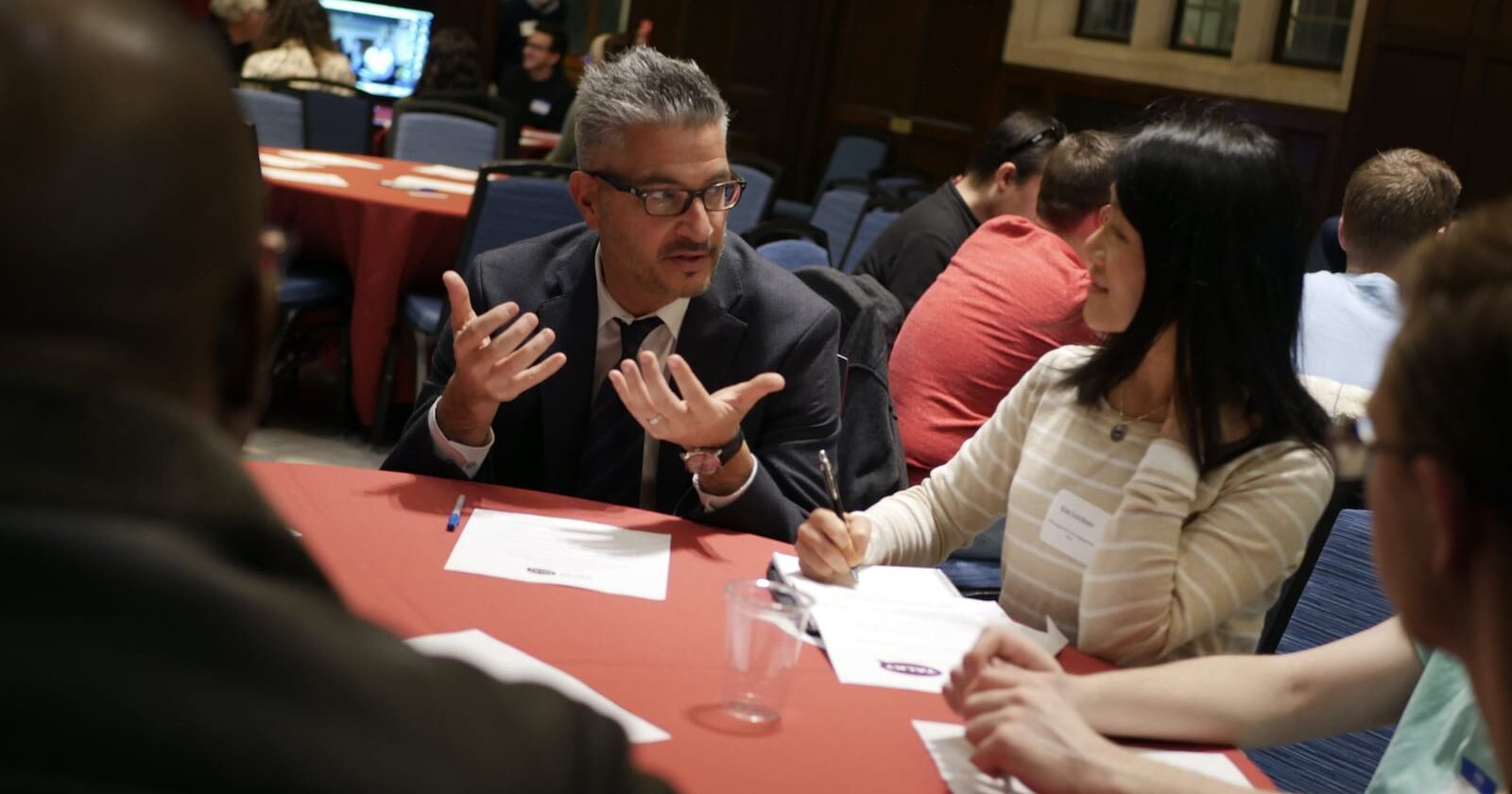 My name is John Gamba Jr., I am the entrepreneur in residence at Penn’s Catalyst at Penn GSE. The mission of the Red and Blue Exchange has been to take the cherished colors of our great university and try to bring those colors back together. It’s intended to take the viewpoints delivered by people who have red values and viewpoints and people who have blue values and viewpoints and come together in a quest for common ground.

One of the great things about my parents is they make no apologies about their values and viewpoints regarding you know modern-day conservatism. As we all know, Penn is perceived to be strongly left and I think my parents got sick and tired of hearing about it and wanted to do something positive and constructive. They heard about the Paideia Program and they decided to found the Red and Blue Exchange and are very excited about the vision and mission of the organization.

The Gamba Family’s connection to Penn goes way back. The Gamba Family absolutely bleeds red and blue and has a lot of connection. My dad graduated from the Wharton School in 1961. My mom in 1965 from the School of Nursing. I graduated from Penn in 1992 and my son is now a junior in the Wharton school class of 2021. The Gambas are aligned on a lot of things; our sports affiliations, our love of food, travel destinations. We really are aligned. We run the Gamba Family Foundation and do a lot of work to serve schools in order to close the achievement gap and we’re very aligned but when it comes to politics it kind of shifts a little bit. There have been many Thanksgiving or Christmas dinners that have been halted where certain members of the family had to go to their neutral corner.